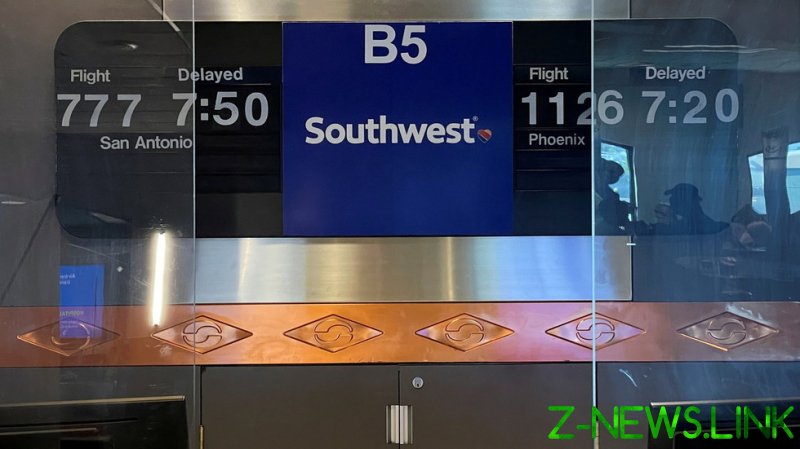 During a Tuesday briefing, Psaki was asked if vaccine mandates are negatively affecting the workforce, the question coming on the heels of Southwest recently canceling thousands of flights not long after they began enforcing the requirement.

“I know world-renowned business, travel, and health expert Sen. Ted Cruz has made that point,” she said, denying that staffing or productivity issues in any industry currently are due to mandates.

Cruz had previously blamed the Southwest issues on the White House.

She then directly addressed the Southwest issue, calling the story a “little hubbub” and claiming that accusations the mandate was related to the cancellations was “absolutely false and actually the issues were completely unrelated to vaccine mandates.”

Doubling down, Psaki later claimed vaccine mandates are actually “good for the economy” and the White House looks forward to more widely implementing them.

Earlier on Tuesday, Southwest CEO Gary Kelly had said in an interview that chaos with his airline had “zero” to do with the mandate. He even vowed to defy states that have banned mandates, like Texas, by still requiring employees to be inoculated.

The company blamed “disruptive weather” for the delays.

Psaki’s words, not surprisingly, did not inspire much confidence in mandate critics, who accused the press secretary of spinning the story by denying any connection between staffing issues across the country and the beginning stages of mandates being enforced in companies.

Cruz also responded to the “snarky insults” thrown his way in his own tweets, in which he claimed to speak to “a very credible & senior source in aviation” who confirmed mandates have been behind staff walking away from their posts.