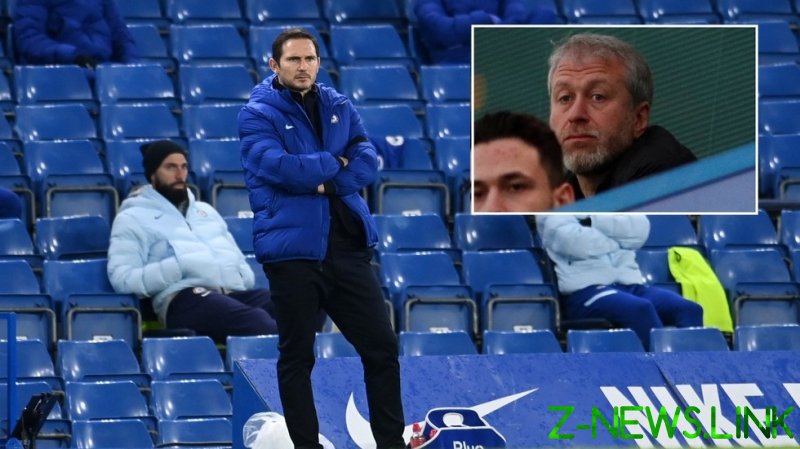 Three goals in 15 miserable first-half minutes for Pep Guardiola’s men consigned the Blues to their fourth defeat in their last six Premier League games, a run of form which has seen Chelsea plummet down the league table after briefly sitting at the summit of the division just one month ago.

The goals – which came from Ilkay Gundogan, Phil Foden and ex-Chelsea man Kevin De Bruyne – never appeared close to being matched by Chelsea, as an irate Lampard made second half adjustments which failed to make a dent on Man City’s lead, save for Callum Hudson-Odoi’s late consolation.

As such, the man who brought these players to the club – novice boss Frank Lampard – is facing further questions as to his future in the Stamford Bridge hot seat at a club which has never been shy to wield a midseason managerial axe.

And per some supporters online, Lampard’s sacking is appearing increasingly inevitable.

However, while Chelsea fans’ tempers and emotions have been significantly frayed lately, it is debatable that Chelsea and Abramovich will make any drastic moves at this point of the season.

Chelsea’s recent slump has come mainly in the month of December (and now early January) amid a packed festive schedule which saw them play nine games since December 2, a factor which will likely stand in Lampard’s favor despite the poor results which followed.

However, The Athletic has reported that the Chelsea hierarchy are considering a number of candidates – likely to include Thomas Tuchel and Max Allegri – should they conclude that Lampard’s position as manager has become untenable.

Abramovich has long been the conductor of the managerial merry-go round at Stamford Bridge which has seen countless coaches come and go.

It was thought from the moment that Lampard was plucked from Championship side Derby County with just one season’s experience that his status as legendary figure for the Stamford Bridge faithful would make him harder to sack than most, but it appears as though Abramovich may soon have to test that theory unless results quickly improve and the gargantuan transfer fees handed out for Havertz and Werner are justified.

But judging by the reactions of some of the Stamford Bridge faithful online, there is no room for underperformance at Chelsea – even if the club’s record scorer is the author of it.