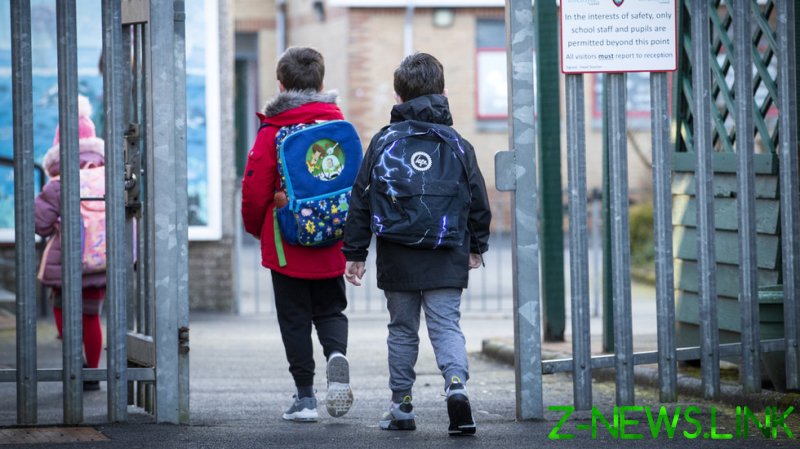 In the 70-page document, issued to schools across the country on Thursday, teachers are instructed not to question students who declare that they are transgender or tell them “it’s just a phase”. Instead, they are urged to “be affirming” of the students’ feelings.

Other “tips” for teachers include asking these students “what name and pronoun” they would prefer to be addressed by and to check if that is “all the time or in certain circumstances”.

As well, teachers are encouraged to “ask reflective questions that allow young people to express themselves, explore their gender identity and identify their needs”.

Stating that it is possible for students to “come out” as transgender “at any age and to varying degrees”, the guidance – which applies from primary schools on up – claimed that “recognition and development of gender identity can occur at a young age” and should be respected.

Schools can do this by giving trans students the option to use whichever toilet and changing room they prefer, instituting “gender neutral” uniform options, putting up classroom posters that challenge gender stereotypes, and including notable transgender role models and personalities in lesson plans and reading materials.

According to The Telegraph, the recommending reading list for primary school students includes books about a blue crayon with an identity crisis because it was mistakenly labelled as red and another about a primary schooler who has “a girl brain but a boy body” and says “pretending [to be] a boy felt like telling a lie” till an “amazing day” when she was medically diagnosed as transgender.

The guidelines also state that children can informally tell others they want to use a different name, and schools do not need to officially record this. As well, it has been deemed “best to not share information with parents” since “inadvertent disclosure” may create “needless stress” and added “risk” for the student.

Education Secretary Shirley-Anne Somerville claimed the guidelines provide schools with “practical suggestions” on how to “support transgender young people while ensuring that the rights of all pupils are fully respected”. She denied that it was “prescriptive” and said it did not “promote transitioning”.

However, the majority of social media users claimed the guidelines did just that, with several people noting this was an example of “utter woke insanity”. Politician and RT host George Galloway, who is a former UK minister of parliament, denounced the policy as “sick” with many commenting in agreement. Others said it amounted to “child abuse”.

“Nothing says there’s a lack of scrutiny in Scotland quite like the news that a child as young as four, can ‘change their gender’, without the parent being notified. How many girls that like football are going to be convinced that their gender identity ought to be changed? Sick”, tweeted political commentator Darren Grimes.

Several people reasoned that children at that age “don’t know their own minds” with some cautioning that they will be “able to change gender before they can even spell it”. Others went further, noting that the next step would be allowing four-year-olds to do other adult things like “buy cigarettes and alcohol”.

However, some users claimed the guidelines would amount to the same thing as “kids choosing a favourite colour” and others argued the policies were “worth considering” if it was “established by leading experts” they “will help a child grow happier”.

But some termed the whole episode as “nonsense” and wondered whether the real focus should not be on “actually educating our children to an acceptable level so they are equipped in the future to gain employment”?