US troops operating (illegally) in Syria tried to block Russian patrol despite being warned, Moscow says, after vehicles collide 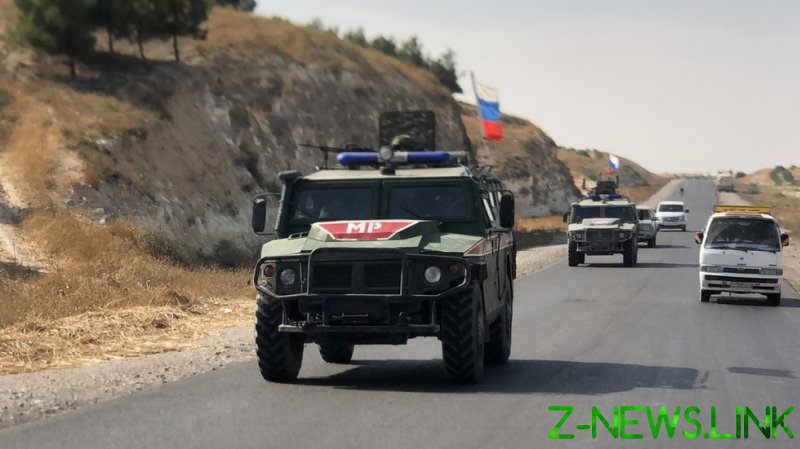 It’s worth remembering that the Russian military is in Syria legally, under international law, whereas the American presence is illegal. Damascus did not attack the US, nor did it invite Washington to send troops.

Reports of Russians staging a “violent” fracas deep in northeastern Syria have been doing the  rounds in US/UK media since Wednesday, when Politico first broke the news. Citing the customary anonymous sources, the outlet reported that four US military personnel had been injured when a Russian armored vehicle rammed an American one, leaving crew members with a “concussion-like” trauma.

Notably, the Pentagon stopped short of issuing an official statement, handing over that task to the National Security Council (NSC), a key government body, reporting to the White House. The storyline was swiftly picked up by other western media outlets, some of which quoted NSC officials who slammed Moscow for the “unsafe and unprofessional behavior” of its troops.

On Thursday, the Russian Defense Ministry offered own version of the events behind the altercation. Valery Gerasimov, chief of the Russian General Staff, reached out to his US counterpart Mark Milley through a direct line, reminding him that the coalition command had actually been aware that the Russian convoy was to pass through the area.

“Nevertheless, US military personnel attempted to block the Russian patrol, in violation of existing [safety] agreements,” the ministry’s statement offered. The Russian troops were left with no choice but to take “necessary measures to prevent the incident and further fulfill their duties.”

Footage of the standoff popped up on social media, apparently showing several Russian armored trucks being shadowed by the US M-ATV vehicles.

In other videos, allegedly recorded on the spot, a military helicopter is seen roaring overhead as the standoff continues.

The Russian and US militaries operate in close proximity in this part of Syria, illegally in the latter case, and legally in the former. In this region, soldiers loyal to Damascus are trying to quell remaining pockets of resistance held by Islamist groupings and Washington-backed militias. Both sides established a military deconfliction hotline a few years ago to avoid potentially dangerous clashes between their forces.

On at least one occasion, Russian forces reportedly played a role in breaking up a shootout between US troops and armed locals. Back in February, an American convoy was stopped at a Syrian Army checkpoint in a village near the town of Qamishli, with civilians and soldiers firing their AKs at the US vehicles.