Home / WORLD / US Supreme Court sides with landlords as it blocks federal eviction moratorium, putting millions at risk of homelessness

US Supreme Court sides with landlords as it blocks federal eviction moratorium, putting millions at risk of homelessness 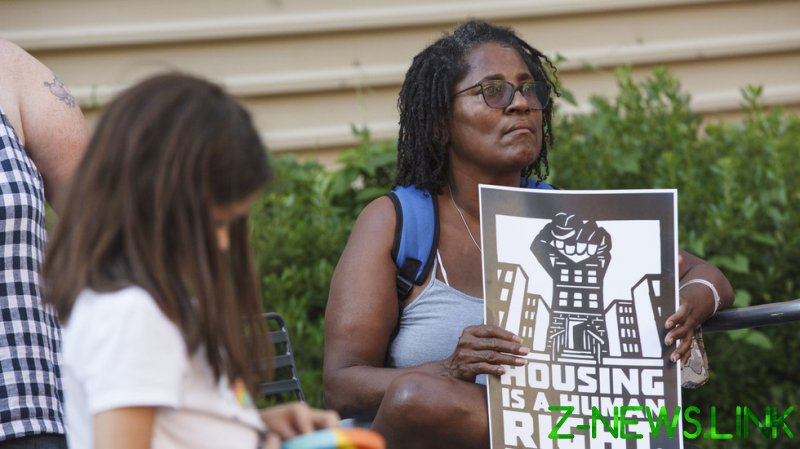 In a majority opinion, the nation’s highest court granted an appeal by a realtor association to enforce a lower court ruling that found the CDC lacked the authority to impose a wide-ranging eviction moratorium. The Supreme Court had already dealt with the moratorium in June, allowing it to remain in effect until July 31, when it was set to expire.

However, at the time, the court signaled that any further extension should be greenlit by Congress. That ultimately did not happen after a frantic, last-minute effort by House Democrats to round up enough votes to pass the measure failed, prompting backlash from progressive members of the party, as well as ordinary citizens, distraught at the prospect of being kicked out by landlords.

“It would be one thing if Congress had specifically authorized the action that the CDC has taken. But that has not happened,” the court ruled, adding that, instead, it relied on a “decades-old statute that authorizes it to implement measures like fumigation and pest extermination.”

If the court accepted the powers asserted by the CDC, it would give the agency a “breathtaking amount of authority,” the justices continued, saying it would far exceed the language of the statute.

“It strains credulity to believe that this statute grants the CDC the sweeping authority that it asserts,” they said.

Offering other examples of policies the CDC could theoretically justify on the same basis, the justices asked whether the agency could “mandate free grocery delivery to the homes of the sick or vulnerable” simply by declaring it ‘necessary’.

Pointing to the far-reaching effects of the eviction ban, the court noted that around 80% of the country would fall under its purview. With the moratorium struck down, between 6 and 17 million American tenants could face eviction, while 3.6 million said they would not have a place to live within two months should the ban be rescinded, according to the Census Bureau’s Household Pulse Survey.

The latest eviction moratorium was put in place by the CDC on August 3, covering counties with a high rate of Covid-19 spread or most of the US.