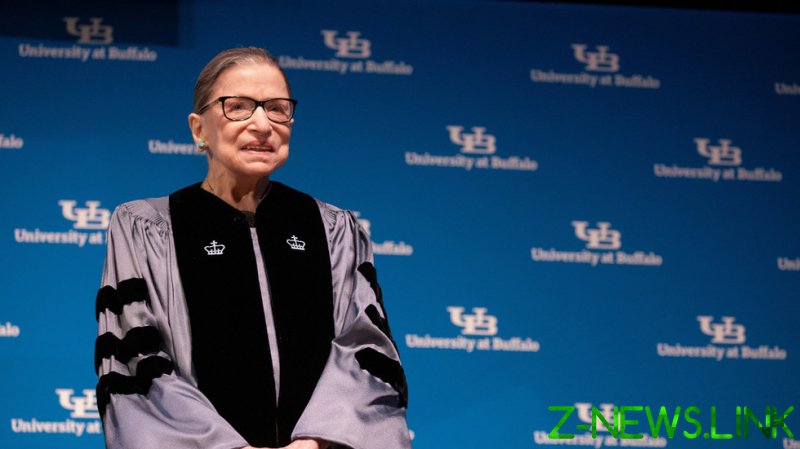 The second-ever woman to be nominated to the US Supreme Court, Ginsburg championed liberal causes and feminist issues throughout her legal career.

She also battled cancer on and off since 1999, most recently undergoing therapy for a tumor on her pancreas in August. Ginsburg’s health issues prompted some activists to call for her retirement during the Obama administration, so another liberal-leaning judge could be nominated as her replacement. RBG refused, saying she intended to work for as long as she was capable.

“My most fervent wish is that I will not be replaced until a new president is installed,” Ginsburg told her granddaughter Clara Spera, NPR reported on Friday.

President Donald Trump reacted to the news by saying Ginsburg “was an amazing woman who led an amazing life”.

Her death raises the stakes in the upcoming presidential election, as Democrats hope to preserve her liberal-leaning seat if Joe Biden wins and Republicans possibly looking to nominate a conservative justice in the second term for President Donald Trump.

Earlier this month, the president announced a list of some 20 potential future justices, including a number of Republican senators such as Ted Cruz (Texas), Tom Cotton (Arkansas) and Josh Hawley (Missouri), warning that a failure to fill the court with conservative judges would empower a “growing radical movement” seeking to “fundamentally” change America.

Ginsburg’s passing sets up a nomination battle amid fast-approaching general election. If the Democrats secure a majority in the Senate in November, the GOP would have only a brief window to confirm a replacement for Ginsburg and expand the court’s existing conservative majority to 6-3 – assuming the president nominates a candidate before the election. Senate Majority Leader Mitch McConnel (R-Kentucky) has vowed to “leave no vacancy behind,” however, signaling that the GOP will move as quickly as possible to fill the empty seat.

President Trump’s previous two nominations to the court – Justices Neil Gorsuch and Brett Kavanaugh – sparked intense partisan struggle. With highly contentious presidential election approaching, the new nomination to the court, which is a life-long position, has all the chances of becoming equally controversial.