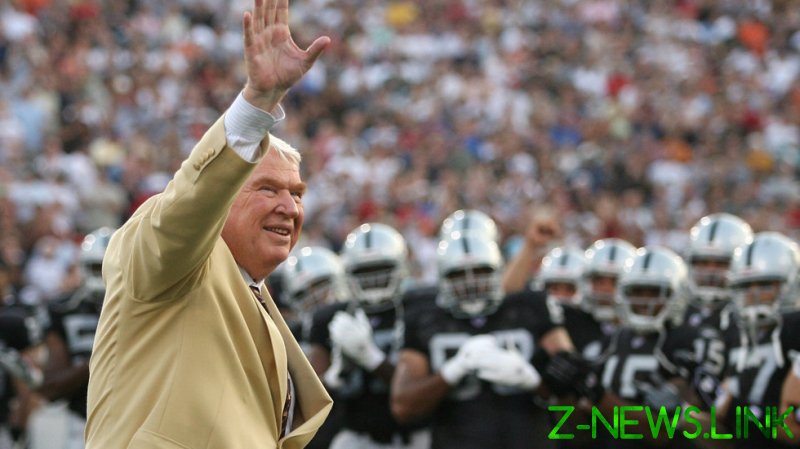 John Madden, the iconic NFL figure who was a Hall of Fame coach and beloved broadcaster, has died unexpectedly at the age of 85, the league has announced.

The NFL broke the news about Madden’s death on Tuesday but did not give a cause.

“On behalf of the entire NFL family, we extend our condolences to Virginia, Mike, Joe and their families,” NFL Commissioner Roger Goodell said in a statement.

“We all know him as the Hall of Fame coach of the Oakland Raiders and broadcaster who worked for every major network, but more than anything, he was a devoted husband, father and grandfather.

“Nobody loved football more than Coach. He was football. He was an incredible sounding board to me and so many others. There will never be another John Madden, and we will forever be indebted to him for all he did to make football and the NFL what it is today.”

Born in Minnesota but raised in California, Madden would see his hopes of a playing career on the gridiron curtailed by injury.

He made his way into coaching at college and university level before joining the ranks of the Oakland Raiders.

Madden would go on to lead the Raiders to seven division titles as well as the Super Bowl following the 1976 season, establishing himself as a Hall of Famer across a decade-long stint.

Madden’s .759 winning percentage remains the best ever for NFL coaches with more than 100 games.

Madden turned to broadcasting following his retirement from coaching at the age of 42 and was elevated to even greater acclaim.

Known for his entertaining, engaging and educating style, Madden was a household name in the US and also became the face of the massively successful video game series ‘Madden NFL Football’.

After Madden’s death was announced, tributes poured in from across the NFL and beyond.

“Today, we lost a hero. John Madden was synonymous with the sport of football for more than 50 years,” said EA Sports.

“His knowledge of the game was second only to his love for it, and his appreciation for everyone that stepped on the gridiron.

“A humble champion, a willing teacher, and forever a coach. Our hearts and sympathies go out to John’s family, friends, and millions of fans. He will be greatly missed, always remembered, and never forgotten.”

The Raiders franchise, now based in Las Vegas, issued a tribute to their former coach.

“Few individuals meant as much to the growth and popularity of professional football as Coach Madden, whose impact on the game both on and off the field was immeasurable,” read a statement which went on to cite his remarkable record.

“Madden cemented his role as a football icon in the broadcast booth, serving as a leading color analyst for all four major television networks – CBS, FOX, ABC and NBC.

“His work on Monday Night Football, the inception of the annual All-Madden Team and his role in the Madden NFL series of video games made the Madden name synonymous with pro football.

“The thoughts and prayers of the Raider Nation are with Virginia, Joseph, Michael and the entire Madden family at this time.”