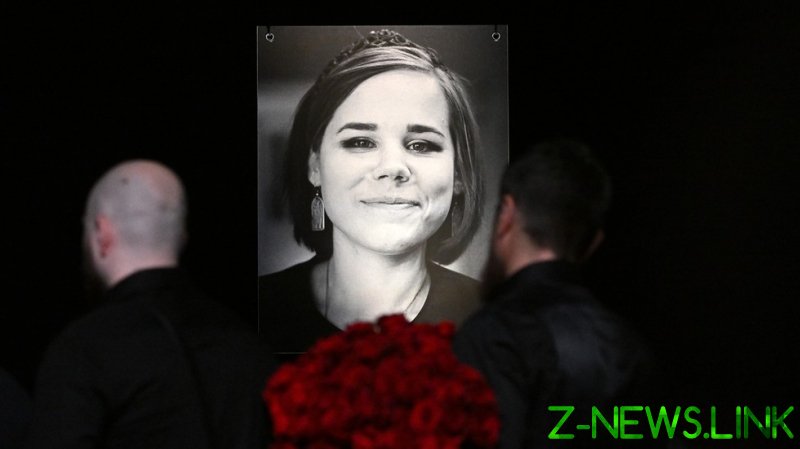 US spies believe that the Moscow car bombing that killed journalist Darya Dugina in August was authorized by “parts” of the Ukrainian government, the New York Times reported on Wednesday. The anonymous intelligence officials also claimed Washington had not been involved in any way, would have opposed the operation if they had known about it, and “admonished” Kiev afterwards, none of which could be independently verified.

Dugina was killed on August 20, when the car she drove exploded on the outskirts of Moscow. Russian authorities blamed Kiev and named two Ukrainian nationals as the suspects, but never accused the US of having any role in the assassination.

“The United States took no part in the attack, either by providing intelligence or other assistance,” the anonymous officials told the Times. They “also said they were not aware of the operation ahead of time and would have opposed the killing had they been consulted,” according to the story, signed by Julian E. Barnes, Adam Goldman, Adam Entous and Michael Schwirtz.

The “closely held assessment of Ukrainian complicity” was shared with the US government last week, the Times said. The spies were reportedly concerned that such a “covert campaign” could “widen the conflict” and “frustrated with Ukraine’s lack of transparency about its military and covert plans, especially on Russian soil.”

“While Russia has not retaliated in a specific way for the assassination, the US is concerned that such attacks – while high in symbolic value – have little direct impact on the battlefield and could provoke Moscow to carry out its own strikes against senior Ukrainian officials,” some of whom have “less protection” than President Vladimir Zelensky, the Times wrote.

The anonymous spies did not reveal who in Kiev may have authorized the hit, who carried it out, whether Zelensky signed off on it, who from Washington delivered the “admonishments” to whom in Ukraine, or what Ukraine’s response may have been.

One Ukrainian official who did comment to the Times was Mikhail Podoliak, Zelensky’s adviser who initially insisted Ukraine had “nothing to do with this.” Podoliak also told Ukrainian media last month that targeted killings of pro-Russian officials and civilians was “certainly not terrorist or, strictly speaking, criminal.”

When the Times asked Podoliak about the new US intelligence assessment, on Tuesday, he said that “any murder during wartime in some country or another must carry with it some kind of practical significance,” and that “someone like Dugina is not a tactical or a strategic target for Ukraine.”

“We have other targets on the territory of Ukraine,” he said, “I mean collaborationists and representatives of the Russian command, who might have value for members of our special services working in this program, but certainly not Dugina.”

The US outlet described Dugina as “the daughter of a prominent Russian nationalist” Aleksandr Dugin, himself “a leading proponent of an aggressive, imperialist Russia.” It also noted the US and EU had sanctioned her for “spreading Russian propaganda about Ukraine” and sharing her father’s worldview.