Home / WORLD / US ‘ready’ to lift sanctions and return to nuclear deal, Iran negotiator says, as 4th round of talks concludes in Vienna

US ‘ready’ to lift sanctions and return to nuclear deal, Iran negotiator says, as 4th round of talks concludes in Vienna 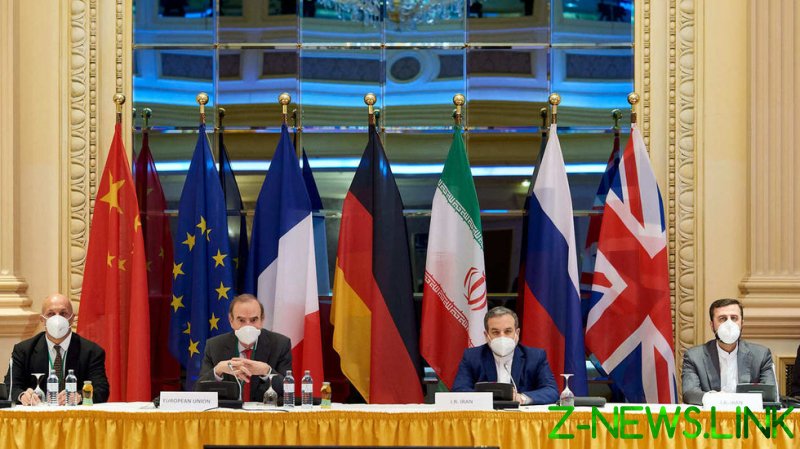 “The information transferred to us from the US side is that they are also serious on returning to the nuclear deal, and they have so far declared their readiness to lift a great part of their sanctions,” Abbas Araghchi told state-owned Press TV on Friday.

“But this is not adequate from our point of view, and therefore the discussions will continue until we get to all our demands.”

Indirect US-Iranian talks to revive the 2015 Iran nuclear deal – officially known as the Joint Comprehensive Plan of Action (JCPOA) – have been taking place for several weeks in Vienna.

The negotiations for both nations to return fully to the landmark accord have been mediated by its other signatories: France, Britain, Germany, Russia, and China.

US President Joe Biden’s administration has so far refused Iran’s demands to relieve it from sanctions imposed by his predecessor Donald Trump, until the country demonstrates its compliance with the deal.

Iranian negotiators have previously said the country will not return to its multiple JCPOA commitments to limit its nuclear program until the US provides sanctions relief.

On Friday, White House Press Secretary Jen Psaki told a news briefing that “some progress has been made” with Iran at the talks.

Without going into further details, she added that both Washington and Tehran now had a “better idea” about how to come back to full compliance with the nuclear deal.

A day earlier, a US State Department spokesperson told a press briefing that Iran has a “pretty good idea” about which sanctions the US is ready to lift.

The official also criticized Trump’s decision to withdraw the US from the JCPOA in 2018 and pursue a “maximum pressure” campaign of sanctions against Iran.

The sanctions have resulted in Iran’s nuclear program “galloping forward” and made its regional behavior “more aggressive,” the official added.

In response to the US’ withdrawal, Iran began breaching the terms of the JCPOA, including producing and storing more uranium than is permitted under the deal.

Last month, it also enriched uranium to 60% purity in response to an alleged Israeli sabotage attack at its Natanz nuclear facility.

Tehran has consistently denied it is moving towards developing nuclear weapons.