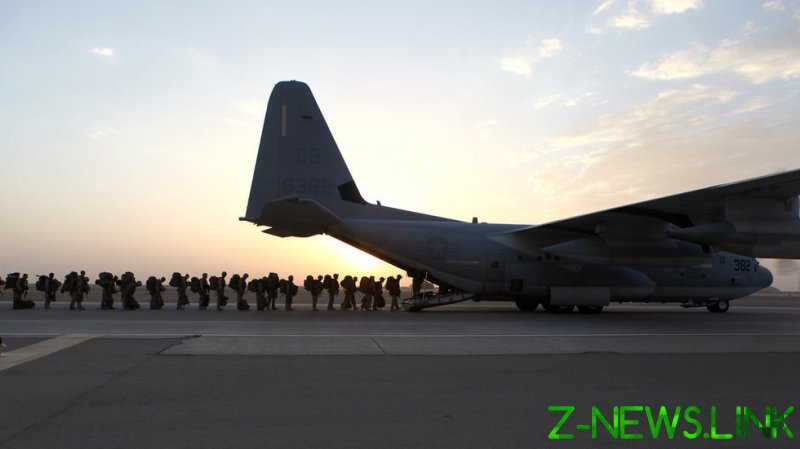 The US has started to pull its troops out of Hamid Karzai International Airport in Kabul, Pentagon spokesman John Kirby said on Saturday. While some 5,800 American troops were stationed there at the peak of the US’ evacuation mission, that number had dwindled on Saturday to below 4,000, Reuters reported. The Pentagon will no longer provide updates on troop numbers.

The pullout comes as the US’ planned withdrawal date of August 31 draws closer, but also in the aftermath of a devastating suicide bombing that killed 13 American troops, two British nationals and some 90 Afghans, including 28 Taliban members.

Islamic State Khorasan Province (ISIS-K), a regional offshoot of Islamic State (IS, formerly ISIS), claimed responsibility for the attack. The US launched a drone strike early on Saturday morning in response, targeting an alleged “planner” behind the bombing.

The US strike killed an ISIS-K “planner,” and another “facilitator,” as well as wounding another member, Kirby told reporters on Saturday. “The fact that two of these individuals are no longer walking on the face of the Earth, that’s a good thing,” Kirby added. “It’s a good thing for the people of Afghanistan.”

Kirby said that the US would not release the names of the two men killed. He also refused to confirm or deny eyewitness reports that US troops opened fire on Afghan civilians in the chaotic aftermath of the suicide bombing.

ISIS-K and the Taliban share a hardline interpretation of Islam, but the groups are bitter adversaries. However, as the Taliban retook control of Afghanistan from the Afghan National Army over the last month, its fighters sprung droves of inmates from jails seized along the way. While many of these inmates – under American supervision until the recent US pullout – were Taliban members, others were ISIS-K fighters, now believed to be at large throughout the country.

“Thousands” of ISIS-K prisoners were let loose, Kirby told reporters on Friday. The Pentagon spokesman blamed the Afghan military for the jailbreaks, saying that “they did have responsibility for those prisons and the bases at which those prisons were located…and unfortunately those were the bases the Afghans didn’t hold.”

Though the Taliban and ISIS-K are opposing factions, the Taliban condemned the US drone strike. A spokesman for the militant group told Reuters that “the Americans should have informed us before conducting the air strike, it was a clear attack on Afghan territory.” The Taliban claimed on Friday to have arrested three ISIS-K members involved in the airport attack.

Kirby told reporters that the US still plans on completing its final withdrawal from Afghanistan by August 31. “Nothing has changed about the timeline,” he said.

As of Thursday, some 1,500 Americans remained unevacuated in Kabul, according to US Secretary of State Antony Blinken.

Also speaking at Saturday’s press conference, Major General Hank Taylor said that out of more than 117,000 evacuees flown out of Kabul since the US evacuation began, “the vast majority” were Afghan refugees and Special Immigrant Visa applicants. Approximately 5,400 were American citizens.