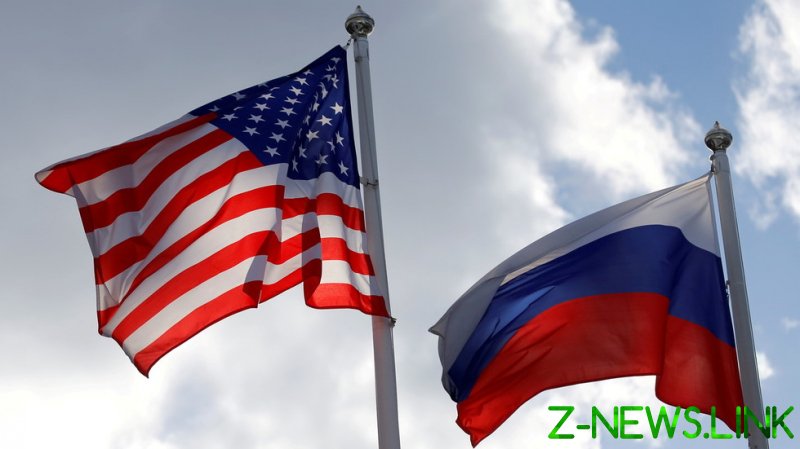 The US Department of State has quietly updated its Foreign Affairs Manual (FAM) on immigrant visas this week, adding Russians to the so-called “list of homeless nationalities.” The list includes nations with no US consular representation or “in which the political or security situation is tenuous or uncertain enough” so that “the limited consular staff” is not permitted to process immigrant visa applications.

With the newest addition, the list now includes 10 countries, the residents of which will have to apply for the visa elsewhere. The Russians seeking to immigrate to the US will have to go to Warsaw, Poland, to file the application.

The stop list of countries includes such long-standing US adversaries as Cuba and Iran, as well as several war-ravaged nations, Syria, Libya, Somalia and Yemen.

The US move has already garnered condemnation from Moscow, with the Russian Foreign Ministry spokeswoman Maria Zakharova accusing Washington of deliberately destroying its own consular services in Russia.

“Something important broke down in the State Department long ago, and they cannot repair it,” Zakharova wrote in a Facebook post.

For many years, American diplomats have been destroying the consular system in Russia that they had not created: they closed consulates, reduced the number of consular staff, experimented with how our symmetrical response differs from a mirror one

Over the past few years, the US-Russian diplomatic ties have fallen victim to the rapidly deteriorating bilateral ties. Russian diplomatic missions have been repeatedly targeted by the US authorities, prompting a tit-for-tat response from Moscow. Mutual expulsions of diplomats have resulted in a drastic decline in the numbers of diplomatic staff in both countries.

Shortly after the US President Joe Biden administration expelled 10 Russian diplomats and imposed sanctions on Russian citizens and organizations in mid-April, Russia added the US on its list of “unfriendly countries.” The move dealt a heavy blow to the remaining US consular services in Russia, as the US embassy in Moscow was banned from hiring locals who previously made up a big chunk of the workforce. The embassy said that it would have to reduce its consular staff by 75% as result of the restrictions.

In June, the US Department of State warned Americans against all travel to Russia, citing “terrorism” concerns and the lack of consular support.

As a result of the ongoing diplomatic spat, the already painstaking process of obtaining a non-immigrant US visa in Russia has grounded to a halt. Russians are effectively unable to get travel visas at home, having to apply for them in the countries with functioning US consular services.