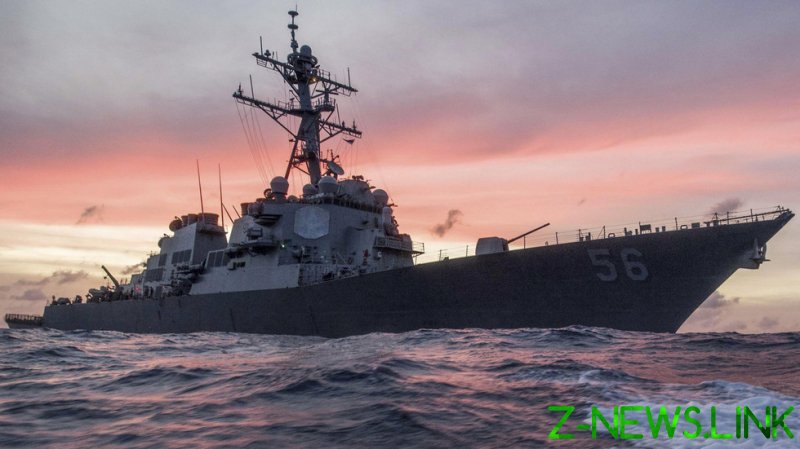 The Russian Ministry of Defense stated on Tuesday that the USS McCain sailed more than two kilometers into Russian waters off the coast of the Russian Far Eastern capital, Vladivostok, that morning. According to Moscow, the USS McCain was warned away by the Udaloy-class destroyer Admiral Vinogradov, whose crew warned the American warship away, threatening to ram it by force if necessary.

“The Russian Federation’s statement about this mission is false,” the US Navy later declared, adding that the USS McCain’s mission took place in international waters and “in accordance with international law.”

In a tweet, the Navy said that the mission “upheld the rights, freedoms, and lawful uses of the sea,” and challenged “Russia’s excessive maritime claims.”

The US claims that Peter the Great Bay, where the USS McCain was sailing, was improperly claimed by the USSR in 1984. Moscow has stuck by the Soviet demarcation of its waters, which was determined by drawing a straight line between its adjacent coasts.

Tuesday’s encounter was not the first time that the USS John McCain has been involved in high-risk incidents at sea. In 2017, ten American sailors died after the vessel collided with a Liberian-flagged tanker, resulting in flooding and putting the warship out of action until October 2019. An investigation into that incident warned of an overly complex touch-screen system used to control the ship’s throttle, and a lack of training of its crew.

Nor was it the first time that the US has taken flak for holding such Freedom of Navigation Operations in disputed waters. American vessels regularly sail through the South China Sea to challenge Beijing’s expanding claims in resource-rich waterway, and the Chinese military accused Washington of “provocative actions” when the USS McCain sailed past the Chinese-claimed Paracel Islands there last month.