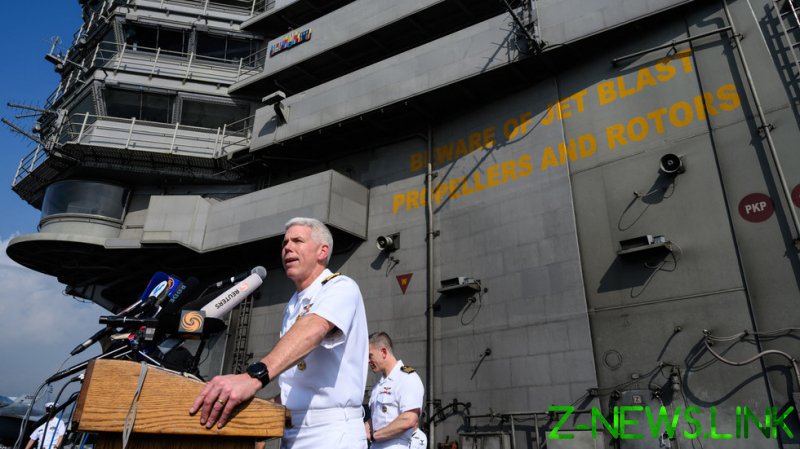 The United States must “contest” the launch of missiles over Taiwan by China, a top US military officer said on Tuesday. Seventh Fleet commander Vice Admiral Karl Thomas warned that such acts by Beijing could become the norm if allowed to go unchallenged.

“It’s very important that we contest this type of thing. I know that the gorilla in the room is launching missiles over Taiwan,” Vice Admiral Thomas told reporters in Singapore. “It’s irresponsible to launch missiles over Taiwan into international waters.”

Thomas warned that, “if you don’t challenge it,” these actions could lead to the Taiwan Strait being militarized in a similar way as the South China Sea.

The Seventh Fleet is based in Yokosuka, Japan and is the largest forward-­deployed fleet in the US Navy. It is a key part of the US military’s presence in the Asia-Pacific region, making the admiral’s words all the more significant.

His comments come amid high tensions between Beijing and Washington after a visit by US House Speaker Nancy Pelosi to the self-governing island of Taiwan. 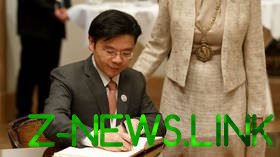 Pelosi went ahead with an official visit that included meetings with Taiwanese officials, including President Tsai Ing-wen, despite clear warnings from Beijing – and the White House – that it could damage bilateral relations with China.

In response to the trip, which Beijing considered a violation of its sovereignty given the international consensus that Taiwan is a part of China, the People’s Liberation Army (PLA) launched a multi-day military drill around the territory.

Local authorities in Taiwan condemned Beijing for launching ballistic missiles near the island and for disrupting international trade and traffic, comparing the PLA’s actions to those of North Korea.

According to Sun Weidong, the Chinese ambassador to India, more than 160 countries representing over 80% of the global population expressed support for China’s territorial integrity following Pelosi’s visit to Taiwan.