Home / WORLD / ‘US misled me into joining Mujahideen, then tortured me for Al-Qaeda past’: Gitmo survivor says US ‘acted like fascists’ post-9/11

‘US misled me into joining Mujahideen, then tortured me for Al-Qaeda past’: Gitmo survivor says US ‘acted like fascists’ post-9/11 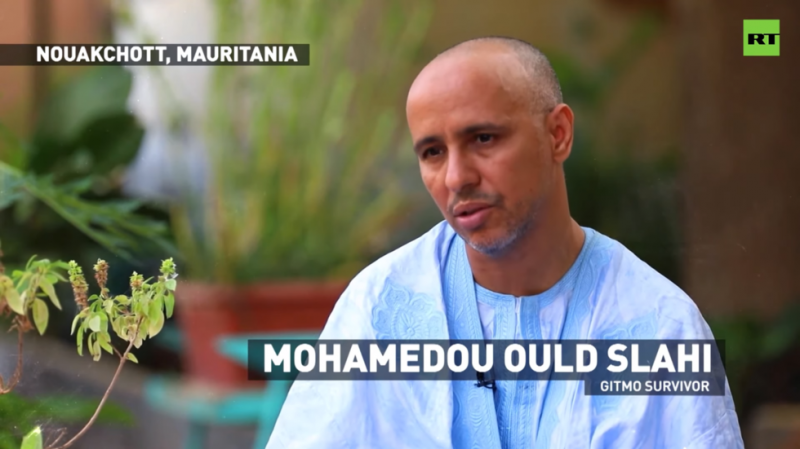 In the early 1990s, Mohamedou Ould Slahi had a romantic notion of pursuing a noble cause, wanting to risk his life for something greater than himself. He traveled from Germany to Afghanistan with plans to join the Mujahideen. At the time, the Afghan Islamists were hailed as heroic freedom fighters, a ‘David’ who had defeated the ‘Goliath’ of the mighty Soviet Union and was on its way to topple the communist government in Kabul. 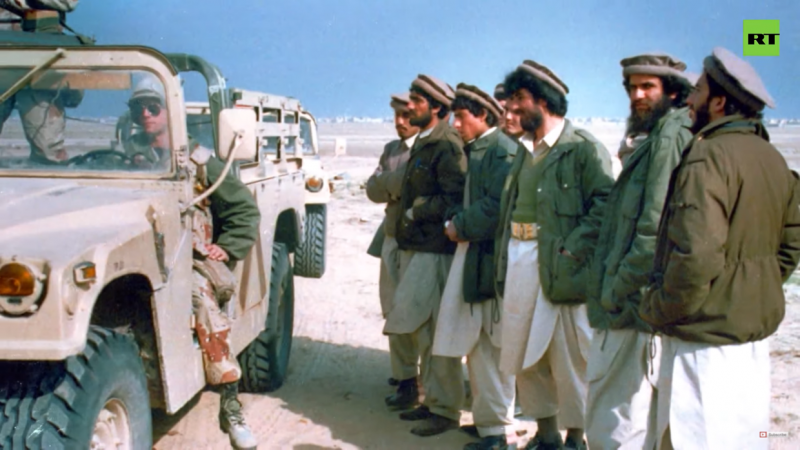 In reality, Afghanistan was engulfed in civil war, with various factions vying for resources and political power. The training camp where Slahi wound up was run by Al-Qaeda, founded just a few years prior by Osama Bin Laden, a son of a wealthy Saudi family who himself had joined and helped finance the US-backed – and armed – Mujahideen. Slahi said he had no idea he was pledging allegiance to an international terrorist organization.

“I was very young and I was very misinformed. This was a very big propaganda machine led by the US and its Western allies and Arab allies. They gave me a wrong picture,” he recalled. 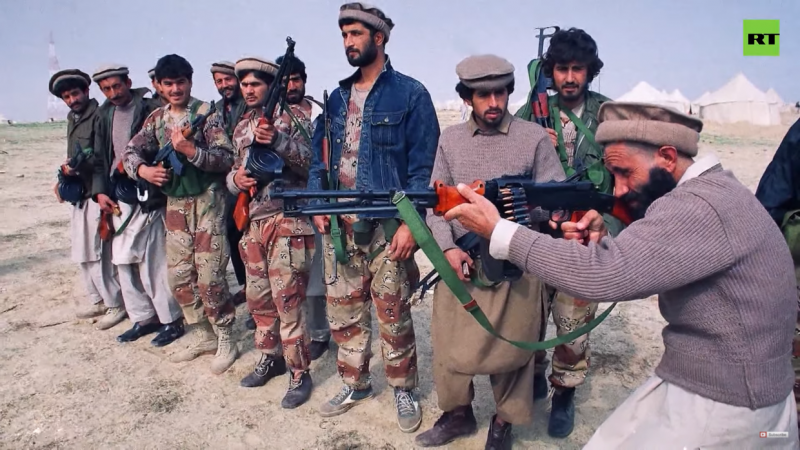 Slahi’s Afghan travels and a phone call from a cousin, an associate of Bin Laden, landed him firmly in the crosshairs of Western intelligence. He was investigated for possible terrorism connections when he lived in Canada, before returning home to Mauritania and, after 9/11, he was marked as a person of interest, whose rights were irrelevant to Washington’s drive for vengeance.

READ MORE: ‘Trauma on top of trauma’: UK veteran says war in Afghanistan was ‘pointless exercise’ that brought him nothing but fear (VIDEO)

Eventually, Mauritanian authorities gave up Slahi to the US despite his cooperation. The Americans flew him between several locations under the CIA’s ‘extraordinary rendition’ program – which saw terror suspects shipped off to foreign states for brutal interrogations – had him tortured and finally locked him up at the US military prison in Guantanamo Bay, Cuba.

“I did confess to crimes I didn’t do, because of torture,” he said.

I was sleep-deprived; I was beaten till they broke my rib; I was not given food for very long periods of time; I was sexually assaulted on multiple occasions. 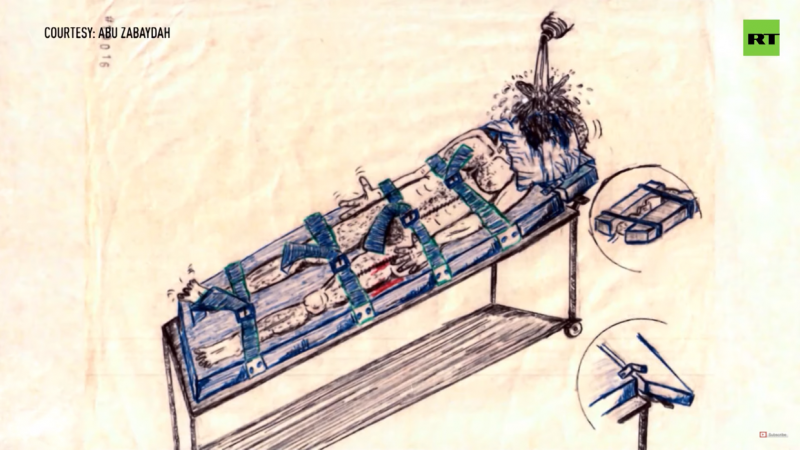 A drawing by Abu Zubaydah, another Guantanamo prisoner and terrorism suspect, depicts a CIA torture technique known as waterboarding, which simulates a sensation of drowning. ©  RT

Slahi spent 14 years in jail without a trial before finally being released in 2016. His memoir, ‘Guantanamo Diary’ became an international bestseller a year earlier, when the US agreed to declassify it and allow its publication. A dramatization of this book was released earlier this year.

He said that while he used to believe the US is a country that respects the ‘rule of law,’ his experience in American custody was a rude awakening, noting that this had caused him further suffering.

I understand the US is a democracy. But when it comes to Muslims, people of color – after 9/11 they did not respect the rule of law. It acted like a fascist regime. 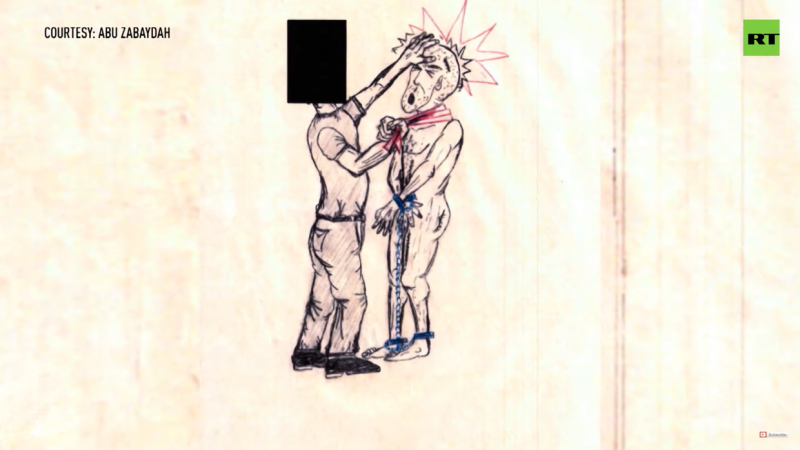 Another drawing by Guantanamo prisoner Abu Zubaydah depicts an interrogation inside the US-run military prison. ©  RT

RT interviewed Slahi in Mauritania, where he returned after regaining his freedom. He says he cannot travel internationally, because, as he believes, the US has pressured the African country to deny him a passport.

Slahi retold his story as part of a mini-documentary series ‘Unheard Voices,’ produced by RT in commemoration of the 20th anniversary of 9/11 terrorist attacks, and the many people victimized as a direct consequence of the War on Terror that followed.