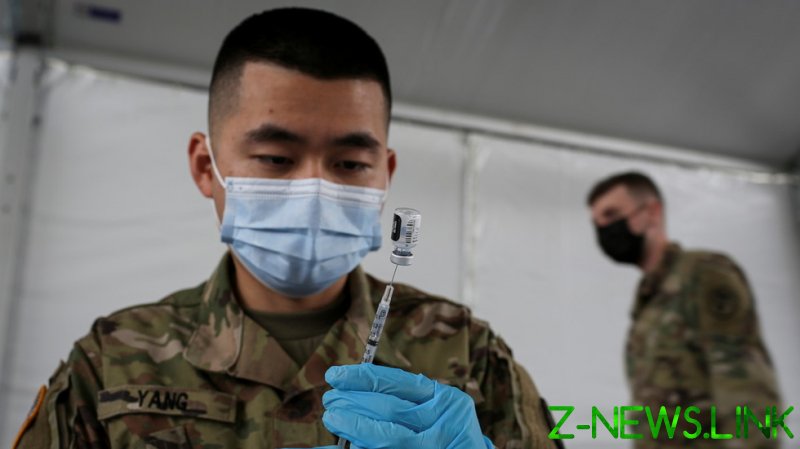 Active-duty Army personnel will be required to be fully vaccinated by December 15, the branch announced in a statement on Tuesday, noting that reservists and National Guard units have until June 30, 2022.

“This is quite literally a matter of life and death for our soldiers, their families and the communities in which we live,” said US Army Surgeon General Lt. Gen. Scott Dingle. “Case counts and deaths continue to be concerning as the Delta variant spreads, which makes protecting the force through mandatory vaccination a health and readiness priority for the total Army.”

Soldiers may request exemptions if they have a “legitimate medical, religious or administrative reason,” the Army said, though added that those who “who refuse to be vaccinated” without an exemption will face “administrative or non-judicial punishment,” up to and including “relief of duties or discharge.”

The Army’s announcement follows similar moves by the Navy, Air Force and Marine Corps. Earlier this month, the Air Force set a November 2 date for all active-duty airmen, while other personnel were given a December 2 deadline. Members of the Marines and Navy must be fully vaccinated by November 28; reservists have until December 28.

The branches moved to set deadlines on the heels of an order by Defense Secretary Lloyd Austin in late August, which required that all 1.3 million active-duty soldiers be vaccinated against the coronavirus, but allowed each service to determine exactly how to implement the mandate.

The DoD’s vaccine rule is one among a flurry of federal requirements imposed in recent weeks. Though President Joe Biden has vowed not to issue a full-on mandate, his administration has slowly expanded the number of Americans federally required to take the shot through a series of regulatory actions, with piecemeal mandates now covering a large swathe of the US population.

In total, more than 1.1 million soldiers have been fully immunized across all four branches (the Space Force is counted with the Air Force’s figures), according to Pentagon data, which shows that the Navy and Air Force lead in inoculations, each boasting vaccination rates in excess of 90%. The Army, the largest branch by personnel, has vaccinated some 414,780 soldiers, or about 86% of the branch, while the Marine Corps lags behind with only some 65% of its 180,000 or so members fully vaccinated.

The Marines have seen a greater amount of hesitancy toward the vaccines compared to other branches, with data from April showing a rejection rate of nearly 39% among the service, as compared to 33% across the whole military. Moreover, a straw poll conducted earlier this year involving active-duty troops, military spouses and veterans showed that more than half, or 53%, were not planning to get vaccinated, indicating significant vaccine skepticism among the armed forces. The FDA’s subsequent full approval for the Pfizer vaccine may have helped to assuage concerns in the time since, however, as other survey data suggested full authorization would help to boost public confidence.

Though just 43 service members had died due to Covid-19 as of September 8, the virus has also claimed more than 400 civilian Defense Department staffers and contractors. Outbreaks on board US warships have also afflicted the Navy throughout the pandemic, with the USS Theodore Roosevelt seeing a wave of infections last year that exceeded 1,100, killing one sailor and hospitalizing several others. In March 2020, “concerns over the spread of the coronavirus” also resulted in a global, 60-day freeze of all US troop movements, further highlighting the impact Covid-19 has had on the armed forces.