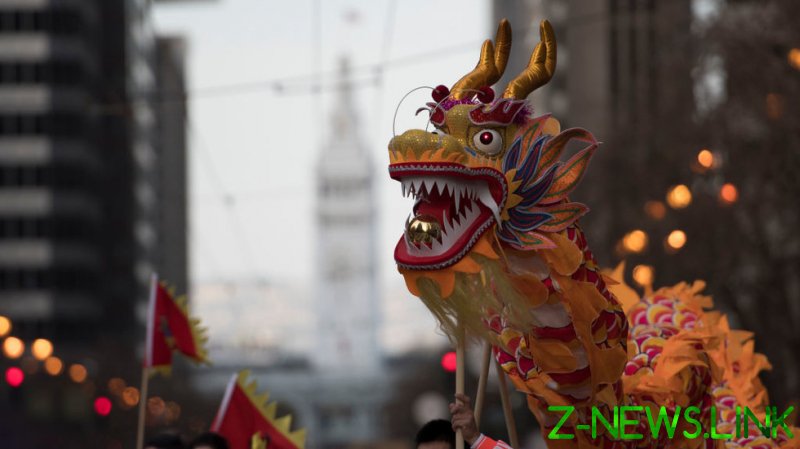 On Wednesday, US intelligence officials provided a briefing on the biggest threats to Washington around the world, giving ample focus to China, but also mentioning Russia and North Korea, building on a comprehensive report that had been released earlier in the week.

Director of National Intelligence Avril Haines defined Beijing as “a near-peer competitor challenging the United States in multiple arenas, while pushing to revise global norms in ways that favor the authoritarian Chinese system”.

The comments built on the report’s assessment that China is “combining its growing military power with its economic, technological, and diplomatic clout to preserve the CCP [Chinese Communist Party], secure what it views as its territory and regional pre-eminence, and pursue international cooperation at Washington’s expense.”

It served as a vindication of the longstanding ‘China threat’ theory which has now underpinned a new consensus in US foreign policy on geopolitical competition, with the baton passing seamlessly from Donald Trump’s administration to Joe Biden’s.

However, what does China really want? And is the struggle between Washington and Beijing truly the zero-sum, near life-and-death struggle it is being depicted as? China, of course, has aims and ambitions, as does every country. In reality, this latest development ultimately tells us more about how the US views its global position and the emphasis it puts on undisputed hegemony as an uncompromising prerequisite to its own security than it does about the full scale of what China hopes to achieve.

Irrespective of Beijing’s actual intentions, Washington cannot comprehend a world it does not dominate, hence its inability to accept China’s rise on its own terms.

One of the most perfect summaries of US foreign policy came in the 2004 Green Day song ‘American Idiot’ – written in opposition to the invasion of Iraq the previous year – with its lyrics “can you hear the sound of hysteria?” and “where everything isn’t meant to be okay” touching upon the enormous amplification of threat and fear by Washington in order to manufacture consent for conflict.

Iraqi leader Saddam Hussein had been framed misleadingly as a grave threat to the US under the umbrella of terrorism, with his ‘weapons of mass destruction’ forcing America to act in order to safeguard its liberties and its citizens.

How exactly does this relate to China? In all scenarios, from the Cold War to the War on Terror, to Russia, North Korea and the ‘China threat’, American foreign policymaking is built upon the hysterical amplification of threat and paranoia.

There is always an enemy, always a bogeyman who is striving to cause imminent harm to America’s wellbeing and security, which subsequently leads to demands concerning the evangelization of US values and interests abroad, via ideological or military means.

These threat amplifications give political justification to the US pursuing dominance on a global scale for a variety of reasons, and that America cannot be safe or secure with anything less than that.

This universalist concept of ‘national interest’ is what defines America’s attitude towards a rising China, irrespective of what Beijing’s intentions actually are. In any scenario, China’s rise in economic clout, its technological advances and its military might are all inevitably threatening to America’s vision of universal dominance and so require action.

China is a ‘competitor’ not because it strives to openly rewrite the international system as Washington states, but because in America’s interpretation of how the world should work, there cannot be competitors, or for that matter alternatives.

China’s immediate objectives concern developing itself as a prosperous nation, while targeting an overarching goal of ‘national rejuvenation’ – which includes taking back perceived lost territories such as Taiwan and reunifying the country, restoring it to the former glory the West took away in what was known as ‘the century of humiliation’. It has no interests in imposing communism on other countries in the way the USSR once envisaged.

Yet this introduces a climate of fear and threat: if a country of 1.4 billion people strives to become wealthy and recover its lost territories, what does that require? The answer, of course, is more technology and more military strength. These unavoidably alter the global balance of power and inevitably put it on a collision course with the US.

America cannot imagine a country that supersedes its dominance in technology or the military. Even if China only becomes regionally prominent, that in itself undermines America’s dominance and reshapes the global ideological disposition, something which Washington cannot conceive itself compromising on.

And so the US’ focus is not placed around attempting to coexist with China, or seeking to compromise with Beijing, but to depict it as an “all or nothing” threat to the entirety of America itself. We are then presented with the exaggerated and hysterical narrative as set out in the report and by the FBI that China is not simply seeking its own space, but wants to actively undermine, subdue and infiltrate America.

This itself only serves to make many aspects of the report self-fulfilling prophecies. Contrary to some of the claims, China isn’t seeking nuclear domination. But as the US looks to militarize around China’s periphery and provoke unrest in Taiwan or Hong Kong, the cycle of distrust provokes Beijing to respond, which creates the vicious cycle commonly known as the Thucydides Trap whereby a rising power threatens a ‘status quo’ power and subsequently creates a spiral which risks conflict.

In this case, the emphasis of what happens is placed not so much on what is supposedly intended, but the changes in the balance of power which become the real driver of the competition.

And that leaves us with the bigger irony: that what the US ultimately sees in China is the projection of its own intentions, the goal of sustaining undisputed, uncompromising hegemony at all costs, which leads to a foreign policy legitimated by perpetuating insecurity and hysteria. It’s universal hegemony and strategic dominance or bust, which is why the sword is risen towards Beijing.