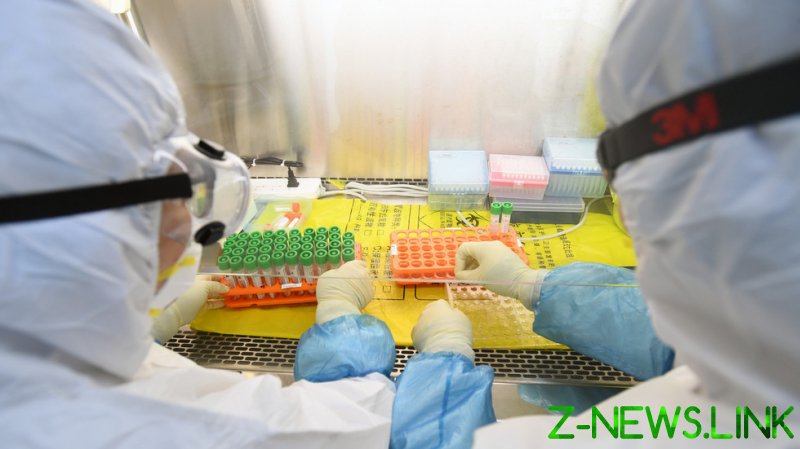 Despite China’s repeated dismissals, the idea that the virus emerged from a scientific laboratory in the city – and not from a ‘wet market’ source – has been resurrected in recent months.

The theory’s proponents in the US have pointed to supposedly faulty lab safety procedures and alleged Chinese government and military involvement in engineering the virus and releasing it.

Now, Republicans on the US House Foreign Affairs Committee have compiled material that reportedly shows the novel coronavirus escaped from the Wuhan Institute of Virology (WIV) “sometime prior to September 12, 2019” – at which time, it claims, Chinese authorities brought in an army biological weapons expert and boosted security, ventilation, and air disinfection systems.

On that day, the WIV’s viral sequence database disappeared from the internet and the institute put out an announcement for “security services” at the lab to “handle the ‘registration and reception of foreign personnel,’” according to Fox News, which said it had obtained a copy of the report.

Another clincher for the report was based on testimony from an unnamed “former senior US official” who apparently said Major General Chen Wei, a biology and chemical weapon expert, took control of the WIV’s biosafety level-4 (BSL-4) lab in late 2019.

According to the news outlet, the report points to the timing of her appointment as proof that authorities were “concerned about the activity happening there as news of the virus was spreading.” It reasoned that this meant the Chinese Communist Party (CCP) “knew about the virus earlier, and that the outbreak began earlier.”

As further proof of this alternative timeline, the report points to news stories about athletes apparently developing Covid-like symptoms in November 2019 after participating at the World Military Games hosted in Wuhan in October 2019. The virus first gained international prominence in December 2019.

Another “circumstantial element” in the report, as noted by Fox News, was a “significant renovation” project by the nearby Wuhan National Biosafety Lab months before the outbreak. Since it had been operational for less than two years, the report said it was “unusual” that the research facilities needed major work on their air safety and waste treatment systems.

The full report of the investigation – conducted by Rep. Michael McCaul (R-Texas), the ranking GOP member on the House Foreign Affairs Committee – will apparently be released in September. The same month, an official US intelligence community review of the pandemic’s origins, ordered by President Joe Biden in May, is expected to be released.

The report also relied on interviews with foreign scientists working at the lab to back up some of its conclusions, but which appear to contradict them instead. For instance, it cited a Bloomberg interview with Australian virologist Dr. Danielle Anderson who worked at the WIV’s BSL-4 lab till November 2019.

In that June interview, Dr. Anderson spoke to the publication about the stringent safety procedures at the lab and maintained that she knows of no one at the WIV who had fallen ill at the time. She also expressed her belief that the virus was not man-made.

This echoed the conclusion reached by a WHO investigation earlier this year that said the virus most likely had natural origins and had been transmitted to humans from an animal. However, US skepticism over that report has prompted calls for another probe by the UN health body.

Last month, the WHO called for a second stage of investigations, which would include “audits of relevant laboratories and research institutions” in Wuhan. But China’s vice health minister, Zeng Yixin, countered that the plan showed “disrespect for common sense and arrogance towards science.”