US explains why weapons are staying in Japan after drills 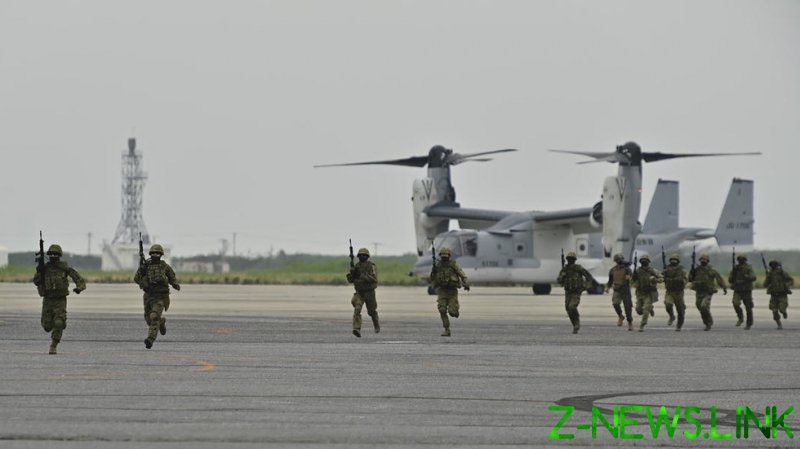 Some of the heavy weapons brought by the US to Japan for a joint training exercise will remain there for the time being, General Charles Flynn, the US Army’s Pacific commander, has told Reuters.

“It’s an opportunity for us to keep capabilities forward,” Flynn said, as quoted by the news agency on Friday.

On Thursday, Flynn visited Amami Oshima Island to inspect a military base operated by the Japanese Ground Self-Defense Force (GSDF). The facility, which was opened in 2019, is located on the edge of the contested South China Sea and is about 850km from Taiwan, a hotspot of growing US-Chinese tensions.

During a joint press conference with General Yoshihide Yoshida, chief of staff of the GSDF, the visiting US general said the US military presence in Japan helped “deter bad behavior” by other nations. The location of the island is strategically important for countering China, Flynn said.

The US official also inspected the island’s military installations from a helicopter and was given a tour of the Japanese Type 12 anti-ship missiles stationed on it.

READ MORE: US warns about ‘distinct threat’ from China

According to Reuters, the American military equipment was brought to the Amami Oshima base for the annual Orient Shield military exercise, which lasted for a week and concluded on September 3.

Flynn said the hardware would stay for the next drill, the report said, adding that two more US-Japanese exercises are scheduled for this year. Among the equipment the US is leaving behind are HIMARS wheeled multiple launch rocket systems, which can also fire tactical ballistic missiles, Reuters said.