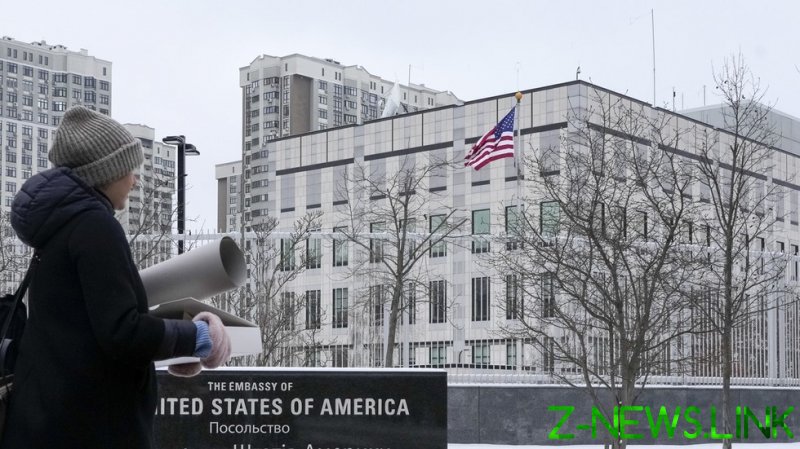 Kristina Kvien, the United States’ acting ambassador to Ukraine stated on Tuesday that it was out of “an abundance of caution” that the US moved to send off its non-essential embassy staff and dependents from Ukraine.

Kvien told ABC News that part of the staffers were advised to leave the country “because right now Vladimir Putin and Russia have built up such military might on the border that they could take an action any day now.”

“With that in mind, we felt that out of an abundance of caution, we had to make sure that our embassy families were safe. So that was the basis for a decision,” she claimed.

The US decision to effectively start an evacuation of some of the embassy staff did not strike a chord with the authorities in Kiev, with a spokesman for the Ukrainian Foreign Ministry calling the move “premature.”

A source allegedly close to Ukrainian President Volodymyr Zelensky told BuzzFeed News, Monday that the Ukrainian government “does not think there’s any remotely imminent threat to Kyiv.” The source called it “extremely disappointing” that the US decided to evacuate its diplomats from the embassy in Kiev and said, “Quite frankly these Americans are safer in Kyiv than they are in Los Angeles… or any other crime-ridden city in the US.”

The US military, meanwhile, appeared to backtrack on its warning of an imminent Russian invasion in Ukraine. Pentagon spokesman John Kirby told a press conference on Monday that while they were “mindful of things that the Russians could do that would potentially give us indications of some sort of imminent incursion,” they were “not there yet.”