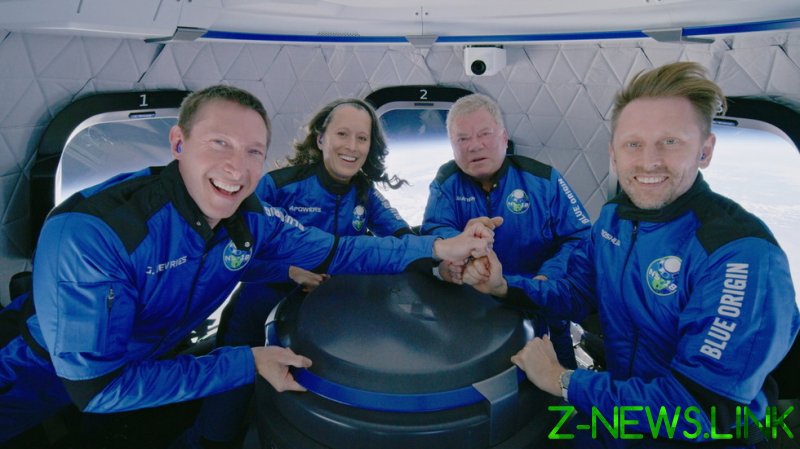 A small private plane carrying de Vries and another man, 54-year-old Thomas Fischer, crashed down in Hampton Township, New Jersey near the border with New York on Thursday, killing both, the New Jersey state police told media outlets. Bezos’ company Blue Origin also noted the entrepreneur’s passing, saying it was “devastated” by the news, which wasn’t reported until Friday afternoon.

“He brought so much life and energy to the entire Blue Origin team and to his fellow crewmates. His passion for aviation, his charitable work, and his dedication to his craft will long be revered and admired,” the firm tweeted.

The Federal Aviation Administration (FAA) is investigating the crash, the cause of which remains unclear, police added. FAA records cited by CNN said the plane was a four-seat Cessna 172, which went down under “unknown circumstances in a heavily wooded area.”

The 49-year-old made a brief suborbital flight to space on October 13 with Shatner, as well as Planet Labs co-founder Chris Boshuizen and Blue Origin executive Audrey Powers. It was Blue Origin’s second manned space mission, with a third planned for later this year.

Reportedly a certified private pilot, de Vries co-founded Medidata Solutions in 1999, a company that specializes in software used for clinical trials and medical research which has since become among the most-used platforms of its kind in the world.