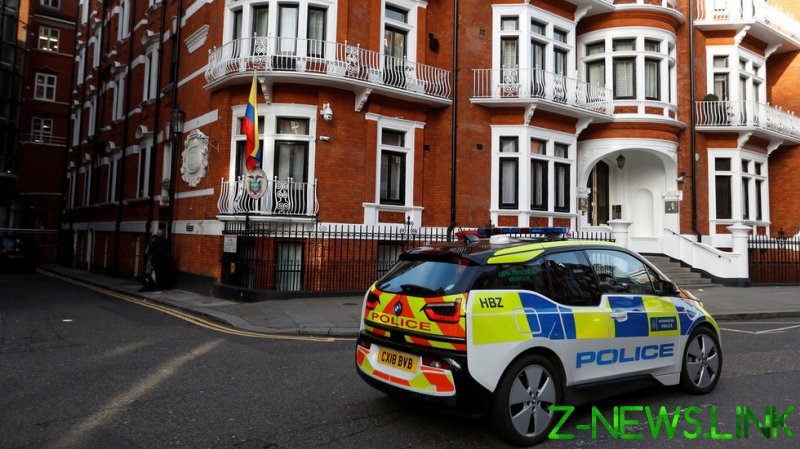 Testimonies from the two anonymous witnesses were presented at the Old Bailey on Wednesday during Assange’s ongoing extradition hearing.

Both witnesses have previously worked for UC Global, a Spain-based private contractor that provided security to Ecuador’s London Embassy, where the journalist took refuge for seven years. The security company had a contract with Ecuador from 2015, and has been repeatedly accused of being the main tool of a US-orchestrated surveillance campaign on Assange.

The witnesses claimed that UC Global boss, David Morales, personally instructed the security staff to plant spy equipment to eavesdrop on Assange – and then had to upgrade it further, after a request from US “friends.”

Moreover, his American “friends” apparently considered even more direct measures to deal with the journalist.

“On one occasion, around December 2017, Morales said the Americans were desperate and suggested more extreme measures to put an end to the situation, suggesting the door in the embassy would be left open, allowing people to kidnap him from outside, and even the possibility of poisoning him was discussed,” one of the witnesses said. “All these considerations were under consideration with contacts in the US.”

As regards UC Global itself, the firm’s activities at the Ecuadorian embassy meant they moved into the “premier league” while having “gone to the dark side,” the second witness recalled Morales saying. The UC Global boss was allegedly paid €200,000 ($234,000) per month for spying on Assange by his US contacts, the witnesses claim.

Assange was arrested by the Metropolitan Police back in April 2019, after Ecuador withdrew his asylum. The journalist has been incarcerated since then, and is currently fighting extradition to the US. If the British court rules against him, he will likely be sent across the Atlantic to face more than 17 charges under America’s Espionage Act for publishing secret materials and classified information, as well as for allegedly assisting whistleblower Chelsea Manning in hacking into US government computers.