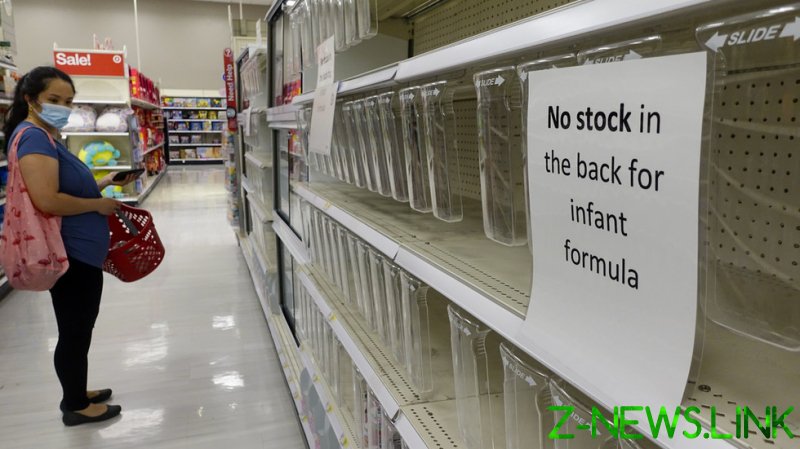 Production at the baby formula plant in Michigan, which came into focus earlier this year with the formula shortage crisis in the US, has been halted again this week, the owner announced on Wednesday. Abbott Laboratories doesn’t expect the facility to be operational for at least several weeks.

The disruption of the EleCare specialty formula was caused by thunderstorms and heavy rains that swept through the southwestern part of the state on Monday, the company said in a statement. Inclement weather resulted in flooding in Sturgis, the city that hosts the plant, causing damage on the site. An assessment of the situation and repair works to ensure safe operation will mean a delay in production and distribution “for a few weeks”

In February, the Sturgis plant was shut down over a suspected bacterial contamination of the formula. This triggered a nationwide shortage of the formula in the US, forcing retailers to introduce rationing as parents and caregivers rushed, some of them scuffling, for the dwindling supply. 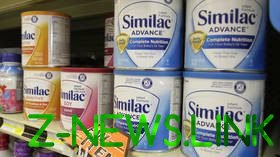 The plant is one of three major manufacturers in the country, accounting for roughly one fifth of total baby formula production. The shortfall could not be readily compensated-for by imports.

The new shutdown won’t result in a new crisis, Abbott said, citing “historical demand and current projections” for its product. It said it had the necessary stockpile to supply formula while the plant remains closed.

The company said it had notified the Food and Drug Administration (FDA) about the disruption. FDA Commissioner Robert Califf said he’d received assurances from the company management that the plant will be up and running as soon as possible.

“We know Abbott is working quickly to assess the damage and will be reporting its progress to us in the days ahead,” he said in a Twitter thread. “Once the company establishes a plan, FDA will be back in the facility working to ensure that they can restart producing safe and quality formula products quickly.”

The Biden administration previously acknowledged it had initially underestimated the severity of the situation.