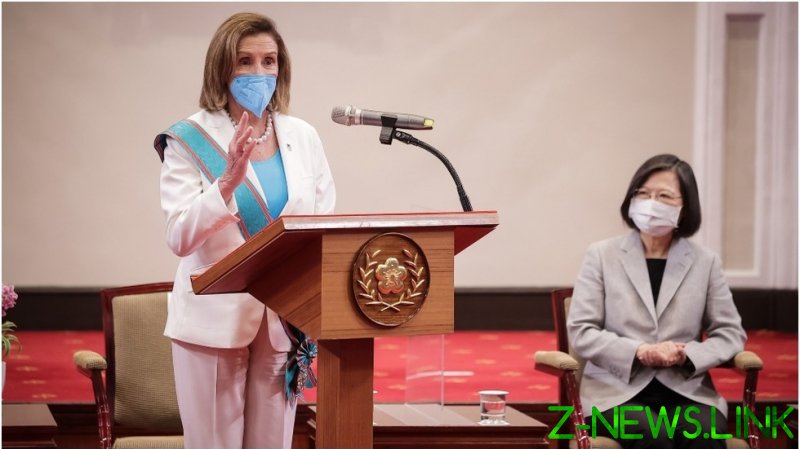 Speaker of the US House of Representatives Nancy Pelosi instigated the flare-up of tensions around Taiwan with her trip to Taipei, the Kremlin has said.

“The tensions around Taiwan were artificially provoked. We are well aware that they were provoked by the visit of Nancy Pelosi,” Kremlin spokesman Dmitry Peskov told reporters on Thursday.

“It was a completely unnecessary trip,” Peskov said, adding that the snap military drill launched by Beijing near Taiwan was “the sovereign right of China.”

Despite strong protests from Beijing, Pelosi arrived in Taipei on Tuesday evening as part of her Asian tour, becoming the highest-ranking US official to visit the self-governing island in 25 years. China considers Taiwan part of its territory and opposes any diplomatic recognition of it as an independent nation.

In response to Pelosi’s trip, Beijing announced a military exercise that Chinese state media described as a rehearsal for a “reunification operation.”

Taiwanese President Tsai Ing-wen, meanwhile, thanked Pelosi for her visit. “[We are] grateful to have friends in the international community standing with Taiwan to defend democracy and uphold regional security,” she wrote on Twitter on Wednesday.