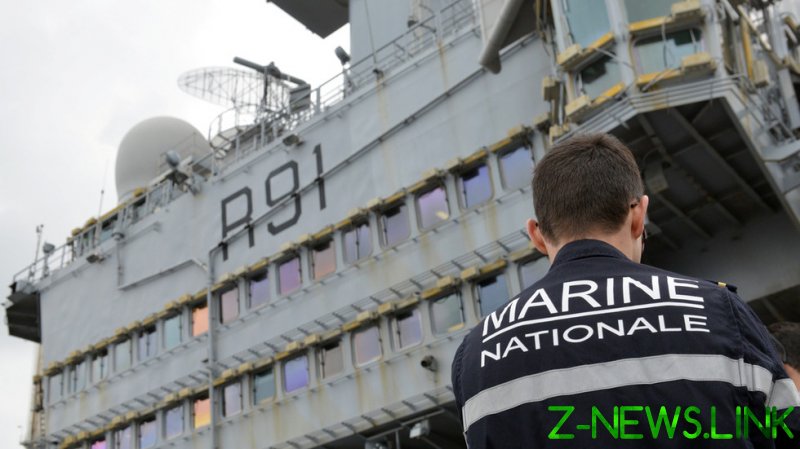 The Group Arabian Sea Warfare Exercise (GASWEX) 21, which begins on Sunday, seeks to “develop the necessary skills to address threats to regional security, freedom of navigation and the free flow of commerce,” US Naval Forces Central Command said in a statement.

The aircraft carrier Charles de Gaulle is accompanied by the French multi-mission Aquitaine-class frigate Provence, the Horizon-class air-defense destroyer Chevalier Paul, and the auxiliary ship Var. The French assets were deployed in late February as part of the Clemenceau 21 mission to the Mediterranean and the Persian Gulf region.

The US provided the Wasp-class helicopter carrier Makin Island and the Ticonderoga-class guided-missile cruiser Port Royal, as well as a number of aircraft, including F-35 and F-16 fighter jets, MH-60 helicopters, and sea reconnaissance and airborne warning and control planes.

The deployment comes amid continued tensions in the Middle East, as the Biden administration in Washington has so far failed to revive the 2015 international deal on Iran’s nuclear program. The deal was sealed under Barack Obama, who had Biden as his vice president, but it was abandoned by Donald Trump in 2018. France is among the signatories to the agreement, known as the JCPOA.

Tehran does not want to hold talks on the nuclear deal until it is given sanctions relief, saying it is up to Washington to deliver on its promises. With no progress in sight, Iran continues to deviate from its own obligations. This week it announced its intention to conduct a test of the redesigned Arak nuclear reactor, which it agreed to close under the 2015 deal. The Biden administration says Tehran must comply with the terms of the JCPOA before the US can return to it.

The JCPOA was meant to restrict the Iranian nuclear industry and make it harder for Tehran to make a breakthrough run towards building a nuclear weapon, an ambition that Iran denies ever having. The Islamic Republic was offered the lifting of international economic sanctions and various business opportunities in return.

The Trump administration violated the agreement by introducing unilateral sanctions, and used its global leverage to scare other nations off trading with Iran. Tehran blames the European members of the JCPOA for a failure to shield it from Washington’s pressure.