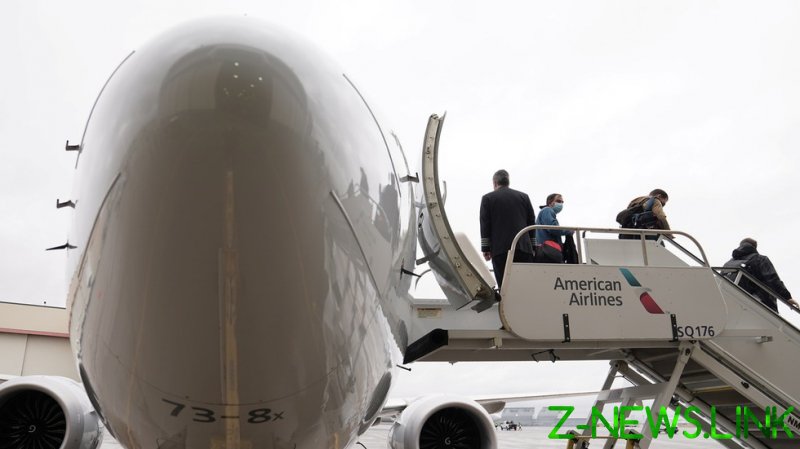 “The federal government should send a strong and consistent message through criminal enforcement that compliance with federal law and upholding aviation safety are of paramount authority,” said a letter, sent on Monday by a coalition of airline organizations.

Cracking down on egregious passenger behavior through successful and publicized prosecutions, leading to punishments potentially including imprisonment, will help deter flight disruptions and make air travel safer, the groups added.

The appeal for help comes amid a sharp increase in what the Federal Aviation Administration has called “unruly and dangerous” passenger behavior. By May 25, the FAA had already launched investigations of 394 cases of unruly passenger behavior this year, exceeding the total for any previous full year on record. Investigations that involve such serious disruptions as assaulting crew members or disrupting their duties have already more than doubled the full-year totals dating back to 2005, according to FAA data.

The US has seen numerous cases this year of passengers brawling with each other or attacking airline crew members. In one instance, in late May, a woman punched a Southwest Airlines flight attendant and knocked out two of her teeth.

The FAA has adopted stricter enforcement policies, such as ramping up fines, which the airline industry associations said has been helpful. The FAA has accessed a combined $368,000 fines against 21 passengers.

“However, we asked that more be done to deter egregious behavior, which is in violation of federal law and crew member instruction,” the letter said.

It was signed by Airlines for America, four airline pilots and two flight attendant unions, the National Air Carrier Association, the Regional Airline Association, and Transport Workers Union of America.