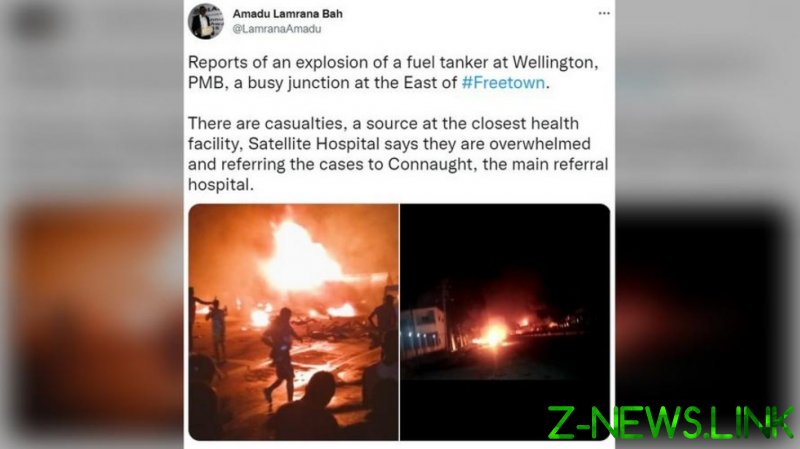 Images shared online and purportedly taken after the blast show a massive fire in the street, with a column of smoke billowing into the air. Officials did not immediately provide details about the incident, but the head of the National Disaster Management Agency (NDMA) said it was a “terrible, terrible accident.”

A spokesman for the agency told CNN that at least 84 people were killed. The city’s central morgue told Reuters it had received 91 bodies following the explosion.

The explosion went off at Bai Bureh Road, a major traffic route in the eastern part of Freetown, and happened after the fuel truck collided with another vehicle, Mayor Yvonne Aki-Sawyerr said. She called images from the scene “harrowing” and cited unconfirmed reports that the death toll may be over 100.

“Residents who tried to collect the fuel leaking from the truck were victims of the subsequent explosion,” the mayor added in a statement on Facebook, but later deleted this part.

The claim that people were collecting fuel is supported by footage of excited people standing around the tanker, some carrying canisters, which was allegedly taken shortly before the explosion.