Home / WORLD / Universal healthcare ‘absolute necessity’ during pandemic, Dems have ‘no excuses’ not to provide it – Bernie Sanders’s son to RT

Universal healthcare ‘absolute necessity’ during pandemic, Dems have ‘no excuses’ not to provide it – Bernie Sanders’s son to RT 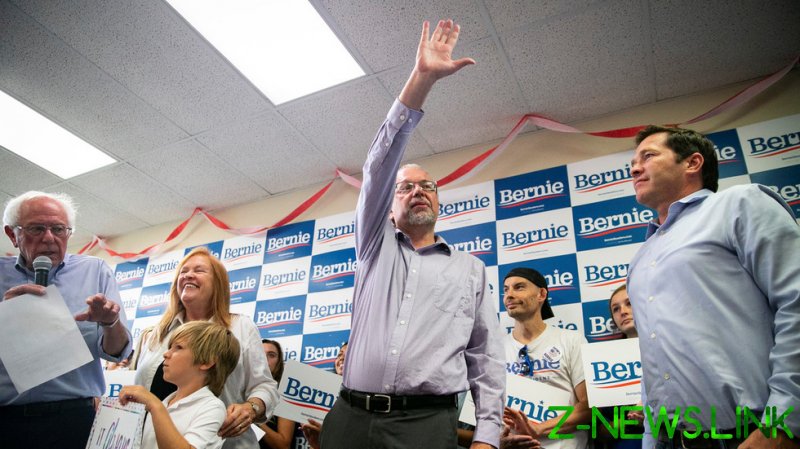 Sanders, a campaign policy strategist, told RT’s Afshin Rattansi on Going Underground that the single-payer system Americans call Medicare-for-all enjoys popular support in the US and is needed now more than ever.

“It is absolutely a necessity amidst the worst pandemic that we had, probably, in a hundred years. It is extraordinarily important that we have healthcare that is guaranteed to every man, woman and child,” he said.

The main problem with President Joe Biden, however, is that he “hangs out with a lot of lobbyists,” Sanders added.

“I don’t know if he even understands the full extent of what’s going on in the country. That’s the sad reality,” Sanders said.

We have a Democratic Congress. We don’t really have an excuse not to have a Medicare-for-all single-payer healthcare system. There has to be tremendous pressure by the Progressive Caucus and by a lot of people to say: ‘Joe, in the wealthiest country in the history of the world, everybody should be entitled to have healthcare.’

Bernie Sanders was Biden’s main Democratic opponent in the 2020 presidential election and endorsed him after losing the primaries. Upon entering the White House, Biden chose to not appoint the senator from Vermont nor his allies to any cabinet positions.

Despite the setback, Levi Sanders called Biden “a reasonable guy” with whom progressives can work on tuition-free college, paid family and medical leave, and the income inequality issue.

Sanders was also confident that Biden is “going to support a $15 minimum wage.”

“And he will definitely do that?” Rattansi asked. Sanders replied: “Absolutely,” adding that progressives must work in terms of “small steps” to push their agenda into the White House.