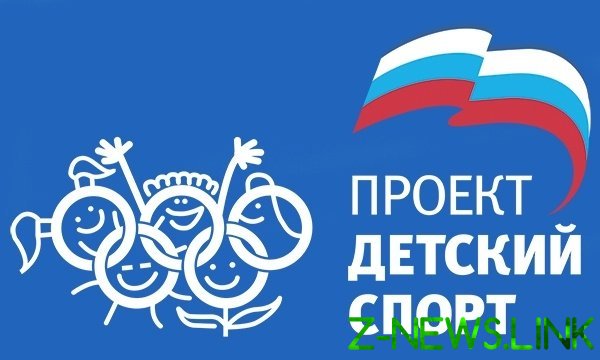 Amendments to legal acts are planned to be made before the end of the year. This was stated by the coordinator of the party project “Children’s sports”, Deputy Chairman of the State Duma Committee on international Affairs Irina Rodnina, commenting on the statement by the Minister of education of the Russian Federation Olga Vasilyeva, almost one-third of schools in Russia are in need of repair gyms.

“We are working on this issue with the Ministry of education. I hope that we will be able to make appropriate changes in the regulatory documentation and to enable the implementation of directions of educational institutions located in settlements with population to 50 thousand people”, – said the coordinator of the party project “Children’s sport”.

She noted that the Minister of education of the Russian Federation stated about the request for the construction of sports facilities in schools of small cities and urban-type settlements. She also said that in the past year from the coordinators of the project “Children’s sports” in the regions and heads of Executive authorities in the sphere of physical culture and sport of constituent entities of the Russian Federation regularly received requests to expand the geography of the direction “Reconstruction of gyms in rural schools” to small towns and urban-type settlements.

See also:  Naftogaz refused to negotiate with Gazprom in Russia

Rodnina said that during the implementation of the directions of the party project “Children’s sports” was renovated 4688 rural school gyms, sports halls redeveloped for 268 classrooms and is equipped with a 1924 open plane sports constructions. “This year the funding direction is continued, the total funds amounted to 1,455 billion rubles”, – she said.

Earlier at the meeting of the Council for development of physical culture and sport Minister of education of the Russian Federation Olga Vasilyeva reported that more than 12 thousand of 40.7 per thousand of Russian schools in need of repair of sports halls, 4 441 do not have them at all. According to the Minister, implemented by the Ministry of education and the party “United Russia” in 2014, the program of infrastructure development in a rural school participated 83 regions from the Federal budget it has been allocated 8 billion roubles, from regional – 300 million it Was built 5 295 new halls, 2 thousand schools received new outdoor sports facilities.

The project of the party “United Russia” “Children’s activities” aimed at improvement of children and formation of culture of healthy lifestyle among the younger generation. With the assistance of the party project in the regions are reconstructed school gymnasiums, school stadiums are being built, new sports grounds, hosts numerous tournaments in team sports that contributes to introducing children and adolescents to systematic physical culture and sports. In the framework of the project conducted world games young compatriots, promoting not only patriotism among countrymen abroad, but also enable them to establish direct informational contacts with their Russian peers.

See also:  Yastremsky for the first time reached the final of the WTA clay tournament

The coordinator of the party project “Children’s sports” in the Moscow region, the Deputy of Council of deputies of the Krasnogorsk municipal district Sergey Malikov fully supports this initiative, as in the suburbs a large number of settlements with small population up to 50 thousand people. “I often received complaints from residents of such cities who request assistance. In the Moscow region during the implementation of the project “Children’s sports” has already been repaired more than 20 rural school gyms and feature more than 15 planar structures. I am sure that the revision we can reconstruct even more of the gyms for our children”, — said Malikov.

The MP added that thus United Russia will be able to engage in the work of the party project a lot more people, and this, in turn, will increase the number of children involved in sport and physical education.