Home / business / Unhappy with the dinner, the Russian was handcuffed

Unhappy with the dinner, the Russian was handcuffed 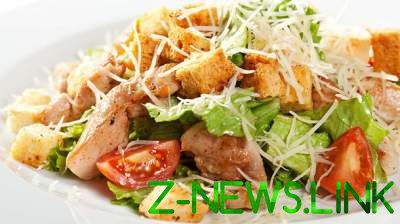 dinner spouse ended up being an employee of the café pressed the “panic button”. The police arrived the man, criticized dish, waited in handcuffs.

The woman ordered a Caesar salad for 220 rubles (101 UAH). In the end, her husband called the waitress and said she would not pay for a salad, because it “is impossible”.

Employee cafe, not to mention that the customer is always right, have called for a “rapid response team”. Arriving a few minutes the soldier was fastened to the wrists of the man handcuffs, so they decided that he was going to run away without paying. The spouse of the man called the police.

Before the police arrived the soldier was talking with a man. “The police waited for 15 minutes. While standing, Groves to life complained, saying they’ve been cut, so he goes”, – told reporters the man.

Also a member of the rapid response team to the detainee told the visitor that recently got married and took a mortgage at the end of the conversation, apologized for wearing that cuff.

See also:  In Russia for a few million robbed the mansion of a famous politician

The incident was resolved only after the intervention of the police. The man had yet to pay for a salad, and then claims to it at anybody was not.

Read also: In Moscow a taxi driver assaulted a passenger and demanded money for travel

The administration, staff, journalists were assured that the salad was high quality, and the visitors just didn’t want to pay, and scandal.