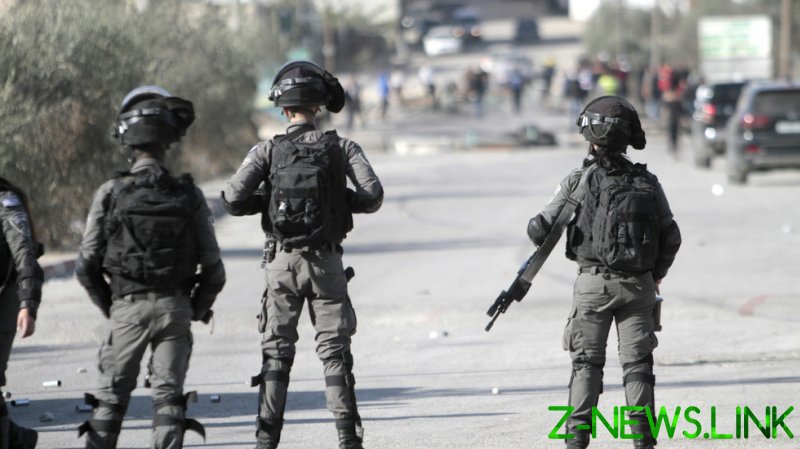 A 47-year-old Palestinian woman has been shot to death in the West Bank after allegedly approaching Israel Defense Forces (IDF) soldiers in a “suspicious manner” on Sunday, the IDF reported.

“The force opened fire as part of a suspect arrest procedure that included firing into the air. After she did not stop, the soldiers fired at her lower body,” the IDF said in a statement on Sunday.

The woman, 47-year-old Ghada Ibrahim Ali al-Sabateen, can be seen in footage posted to social media raising her hands and walking quickly at what is described as a makeshift checkpoint in the village of Husan.

The footage does not show the IDF soldiers firing into the air or provide any other context for the woman’s approach, and it is filmed at enough of a distance to make any exchange of words between the two parties difficult to hear. However, the Times of Israel quotes a member of the local council, who claims al-Sabateen refused soldiers’ calls to stop.

After being knocked to the ground by the bullets, al-Sabateen is initially seen sitting up before a gap in the footage ends with her lying down. The Israeli soldiers can be seen covering her with cardboard, and their statement claims they administered first aid.

Palestinian medics reportedly rushed the mother of six to a hospital in Beit Jala after the shooting, which left her bleeding profusely from a torn artery in her thigh. She ultimately died of blood loss.

Elsewhere in the West Bank, Israeli soldiers carried out several large raids, arresting 20 Palestinians and wounding 11. They claimed those arrested were involved in “terrorist activities.” The country has experienced multiple shootings over the past weeks, though not all of them have been terror-related.