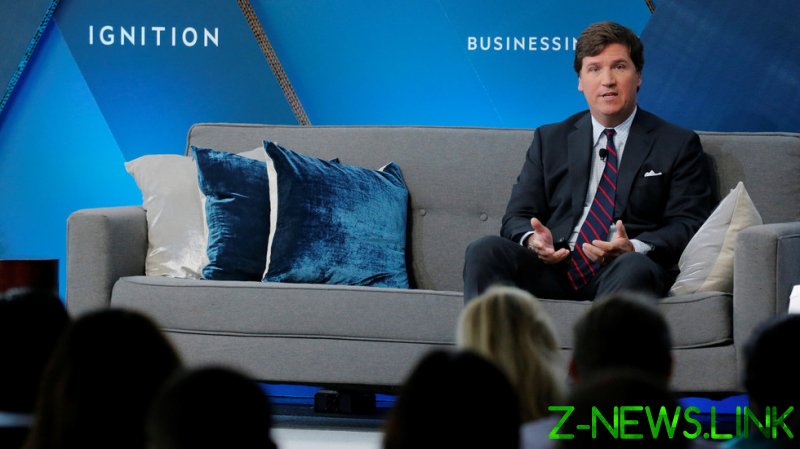 Numerous lawmakers have called for an official investigation into Carlson’s recent claims that the NSA has been spying on his communications with the intention of taking him off the air. The agency pushed back against the claim last month, though critics noted the statement released about the accusations wasn’t exactly a clear ‘denial.’

According to a report from The Record, citing multiple people familiar with the situation, the NSA has completed a review of Carlson’s allegations and found that his name was “unmasked” in third-party communications being monitored. “Unmasking” is a process through which officials can request a redacted name of a US citizen in a final intelligence report being revealed to better understand the messages being looked at.

There is no further information about the specific communications, but Carlson had mentioned, before making his NSA accusations, that he was attempting to get an interview with Russian president Vladimir Putin.

The report claims that though Carlson’s name was revealed, his own communications were never gathered through “incidental collection,” which allows officials to obtain data from a citizen that is in contact with a foreign person already being monitored.

Fox News has defended their popular-but-controversial host and said it is “entirely unacceptable” for the NSA to “unmask” Carlson’s name while he is attempting to do his job.

“For the NSA to unmask Tucker Carlson or any journalist attempting to secure a newsworthy interview is entirely unacceptable and raises serious questions about their activities as well as their original denial, which was wildly misleading,” the network said in a statement read off on Friday by ‘Tucker Carlson Tonight’ guest host Mark Steyn.

Neither the NSA nor Carlson have directly commented on the latest development, though Carlson has stuck by his claims. The Fox News host did become a hot topic of conversation on social media over the weekend, though not due to his spying accusations or the “unmasking” revelation about the NSA, but rather from a tiff with Rep. Eric Swalwell (D-California) that ended with the Democrat lawmaker stating, “I’m just not that into you.”

Swalwell posted alleged screenshots of a conversation between him and Carlson where the Fox News host told the lawmaker to call him, and Swalwell refused, citing Carlson’s criticism of his wife earlier in the week – according to the segment, Carlson claimed Swalwell’s campaign had spent $20,000 at a hotel where his wife used to work.

Swalwell refused to talk to Carlson – for which the host branded him a “coward” – and instead launched the #TuckerTantrum hashtag, which became popular among Democrats. Swalwell has not commented on the report about the NSA “unmasking” a reporter’s name.