Home / business / Ukrainians told, when you leave the country the rains

Ukrainians told, when you leave the country the rains 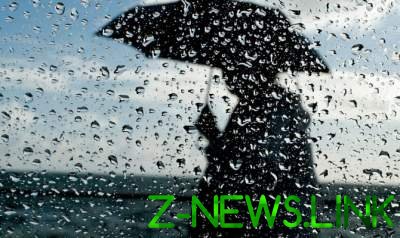 Monday, October 9, a significant part of Ukraine expects rain weather, although in most regions will be dry, but cloudy.

So, according to Ukrgidromettsentr, in the Western regions will be mostly cloudy and in the Central regions – predict rains with gusty winds.

In Lviv, Uzhgorod, Ternopil and Ivano-Frankivsk sun I peek out from behind the clouds, but no precipitation can be expected.

But in Kiev, Chernigov, Sumy, and Cherkasy oblasts predict the rains and the maximum temperature can reach 12 degrees Celsius.

As noted on his page on Facebook forecaster Natalia Didenko, in Kiev, the rain, which began on Sunday, the day will end.

“Kiev this rain – tight. Almost everywhere, cloudy or damp, but the Kiev region fell well in these buckets of water. But it is only now. To Monday feel. During the day the rain will depart from the capital,” she said.

In the Eastern and southern areas will be a little warmer – from 13 to 18 degrees above zero.

In Kharkov on Monday will be cloudy, but without rain, day +16…+18 degrees.

In the Carpathians without precipitation, the temperature will rise to +11… +13 degrees.