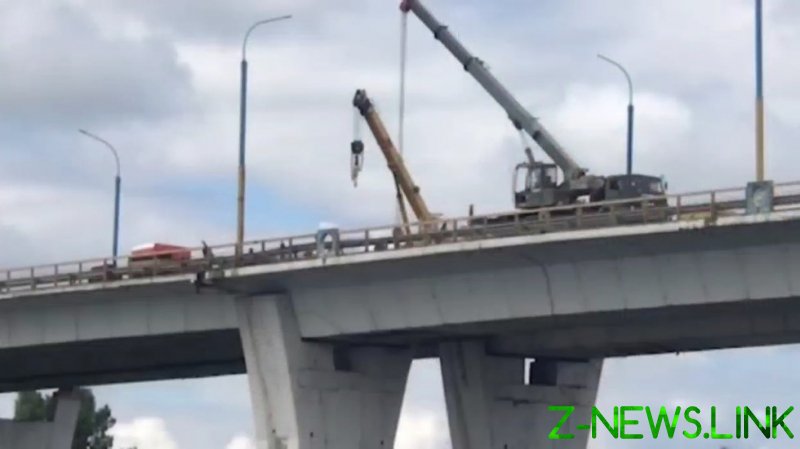 Ukraine has apparently renewed its attempts to destroy the strategically important Antonovsky Bridge over the Dnepr River, according to sources on both sides of the conflict.

The latest overnight attack hit equipment brought to the site to repair damage from previous artillery strikes, including a temporary shack and a concrete mixer, the local government told TASS on Monday.

Kirill Stremousov, a Kherson administration deputy head, said the incident was “nothing terrible,” but would likely delay the planned reopening of the bridge for traffic, which was scheduled for Wednesday.

Ukrainian media reported overnight artillery attacks on the bridge by Kiev’s troops, with some suggesting that US-supplied HIMARS multiple-launch rocket systems were used. Images purported to be taken during the shelling show a large fire at the massive structure with smoke billowing into the sky.

The Antonovsky Bridge is a strategically important connection between the Russia-controlled city of Kherson and the rest of southern Ukraine. Kiev’s forces damaged it two weeks ago in a similar night attack, forcing the city authorities to close the bridge to all traffic. A ferry across the Dnepr was organized near the bridge to compensate for the suspension.