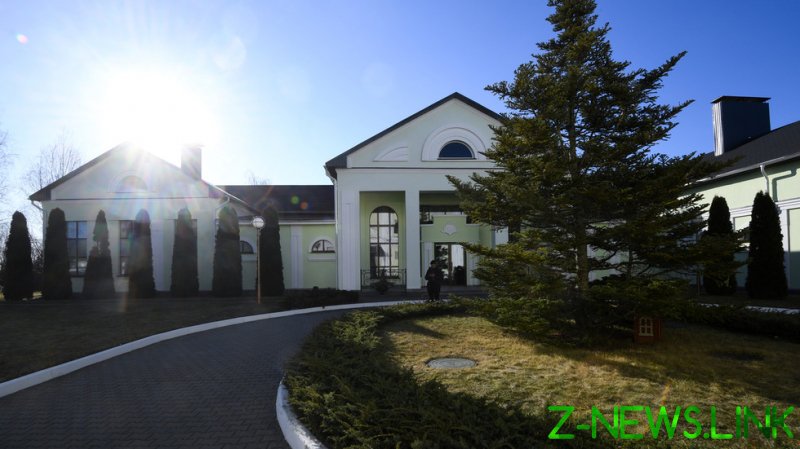 The key question of the negotiations for Kiev is to achieve immediate ceasefire and withdrawal of Russian troops from Ukrainian territory, President Zelensky’s office announced as peace talks begin in Belarus. Kiev’s delegation on Monday arrived at the Ukraine-Belarus border to take part in the negotiations with the Russian delegation.

The Ukrainian delegation came in two helicopters, as reported by the Russian agency Ria Novosti. On Monday morning, the Belarusian Foreign Ministry published a photo of the room for the negotiations, announcing the site was prepared.

The Russian delegation, headed by Vladimir Medinsky, an aide to President Vladimir Putin and former culture minister, arrived in Gomel, eastern Belarus, on Saturday. Ukrainian officials initially refused to send a delegation to Belarus, arguing that it was inappropriate to hold talks in the country since Russian troops were using its territory to stage attacks. Minsk denied that its forces were participating in the Russian operation.

After a phone call between Presidents Volodymyr Zelensky of Ukraine and Alexander Lukashenko of Belarus on Saturday, Kiev agreed to the talks. However, the arrival of the Ukrainian team was further delayed due to logistical issues.

Ukrainian President Volodymyr Zelensky said on Sunday that he “doesn’t really believe” the negotiations will bear fruit, but still thought it was “a chance, however small, to de-escalate the situation.”