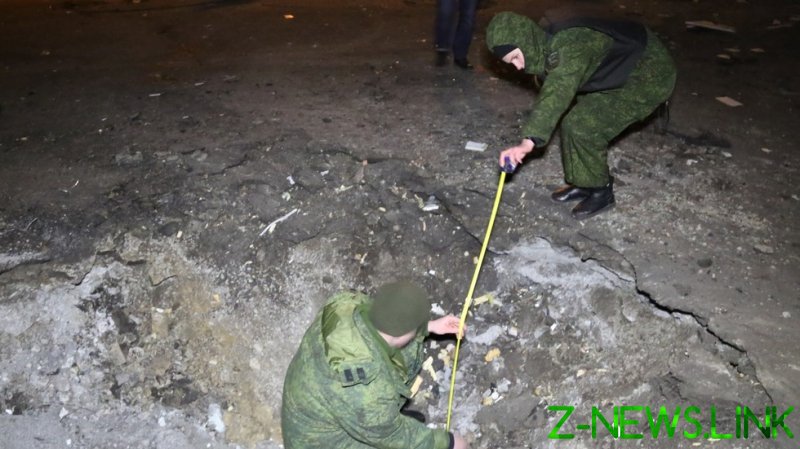 A Ukrainian Tochka-U ballistic missile landed in a residential area of Makeevka, a town outside Donetsk, on Tuesday evening, Pavel Fomenko, a Donetsk People’s Republic (DPR) military spokesman, said. He added that four people, including two children, had been injured.

The projectile left a crater, damaging the facades and windows of apartment complexes nearby. Videos from the scene show what appear to be missile parts recovered by rescue teams.

The news comes a day after the DPR reported that another missile of the same class was shot down over Donetsk. Officials said that the missile was carrying cluster munitions, and one of its explosive parts fell on a city street, killing 21 people.

Kiev has not commented on the allegation regarding Makeevka but had earlier denied launching a missile at Donetsk. Leonid Matyukhin, a Ukrainian military spokesman, claimed that it was “certainly a Russian missile or some other type of munition.”

Ukrainian officials accused Russia of hitting the town of Avdeevka with a Tochka-U this week, as well as shelling residential areas in Kiev, Kharkov and other cities. The Russian Defense Ministry, meanwhile, insists that it targets only military sites, such as airfields, air defense units, and radar stations. The ministry also accused Ukrainian “nationalists” of using civilians as human shields. 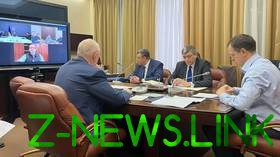 According to Zvezda, the Russian Defense Ministry’s official TV channel, the military replaced Tochka-U ballistic missiles with Iskander systems in 2019.

Moscow attacked Ukraine in late February, following a seven-year standoff over Kiev’s failure to implement the terms of the Minsk ceasefire agreements, and Russia’s eventual recognition of the Donbass republics in Donetsk and Lugansk. The German and French-brokered deals had been designed to regularize the status of those regions within the Ukrainian state.