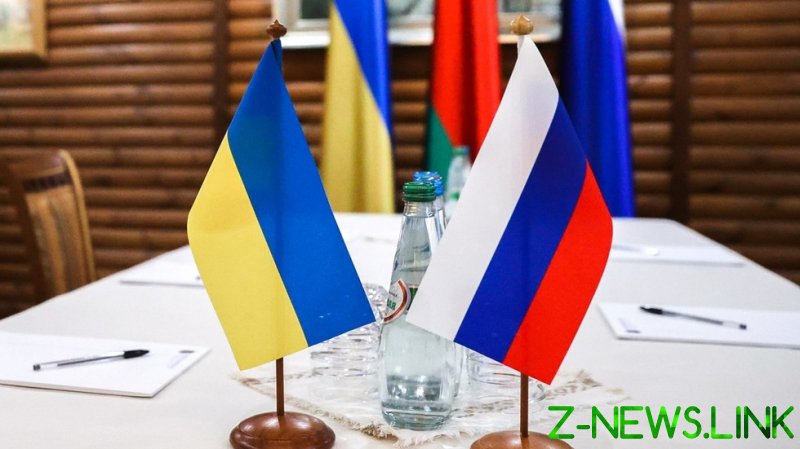 The negotiations process between Russia and Ukraine has been “de facto suspended” by Kiev, President Vladimir Putin has said. He made the remarks during a phone call with his Finnish counterpart, Sauli Niinisto, on Saturday.

“Vladimir Putin, in particular, shared his assessment of the state of the negotiation process between Russian and Ukrainian representatives, which has been de facto suspended by Kiev, which has not shown interest in a serious and meaningful dialogue,” the Kremlin said in a statement.

The phone call was focused on Finland’s push for NATO membership, which has been reinvigorated amid the Ukrainian crisis. According to the Finnish president’s office, Niinisto told Putin that his country is set to make a decision on joining the US-led military bloc within days.

Putin warned that Helsinki’s move to abandon its “traditional policy of military neutrality” would be a “mistake,” stressing that there were “no threats to Finland’s security.” The move “may have a negative impact” on “mutually beneficial” relations between Finland and Russia, he said.

Finnish neighbor and another longtime neutral nation, Sweden, is also considering a NATO membership bid amid Russia’s operation in Ukraine, and could lodge its application as early as Monday, according to local media reports.