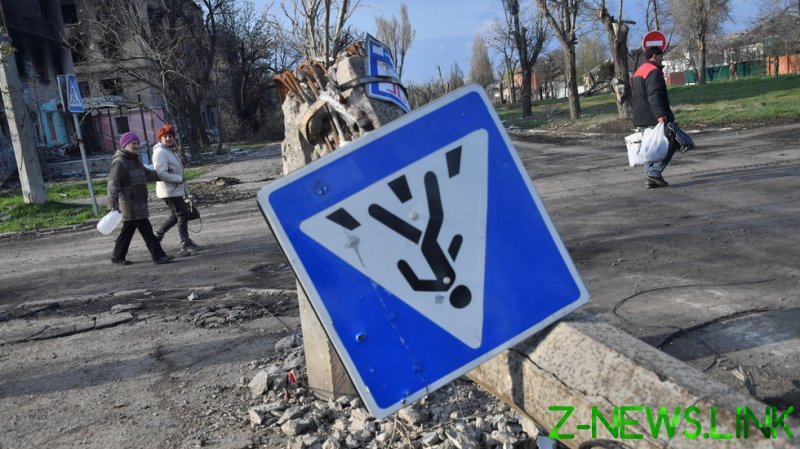 Some 100 people have left the sprawling Azovstal steel plant in the Black Sea port city of Mariupol and are heading to territory controlled by Ukrainian forces, President Volodymyr Zelensky confirmed in a Twitter post on Sunday. The plant remains the last pocket of Kiev’s resistance in the city otherwise controlled by Russian forces and the militias of the Donbass republics.

Ukrainian officials are still working together with UN representatives on evacuating civilians from the area, Zelensky outlined, adding that the evacuees will be transferred to the Ukrainian city of Zaporozhye on Monday.

A spokesperson for the UN Office for the Coordination of Humanitarian Affairs, Saviano Abreu, has also confirmed to Reuters that the evacuation operation began on April 29 and is being coordinated by the International Committee of the Red Cross, as well as by Russia and Ukraine. 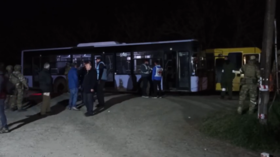 Ukraine’s top negotiator at the talks with Moscow, David Arakhamia, has called the evacuation “the most difficult operation” since the start of the conflict. He has also said that “more than 100 Ukrainians, including children, women and the elderly, are finally safe.” The politician added, though, that “a lot of people” still remain at the steel plant and need evacuation.

Earlier on Sunday, the Russian Defense Ministry said that some 80 civilians have left the territory of the plant. The Russian forces and the Donbass republics’ militias have opened a humanitarian corridor for civilians and have maintained a ceasefire in the area.

According to Russian media, all those evacuated were transported to the village of Bezymennoe, which is controlled by the Donbass militias, and were provided with shelter, food and medical assistance. Those civilians who wished to travel further to Ukrainian-controlled areas were handed over to UN and Red Cross representatives, the media added.

The Azovstal steel plant still houses hundreds of Ukrainian soldiers, including fighters from the notorious neo-Nazi Azov regiment. Built in Soviet times, the facility has a massive network of underground tunnels, which has been turned into a fortress by the Ukrainian forces. 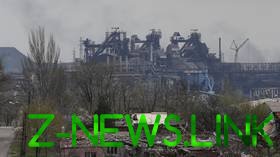 Russian President Vladimir Putin earlier called off an assault on the plant and instead urged those entrenched within its premises to surrender. Russia would guarantee anyone who lays down arms preservation of life and “decent treatment under all international norms,” the president said last week.

The Ukrainian forces and the Azov militants demanded instead that they be allowed to leave with the assistance of a “third party” while keeping their personal weapons. On Friday, one of the Ukrainian commanders at the plant called on Turkish President Recep Tayyip Erdogan to organize an “extraction operation” for him and his men, while stating that there are civilians as well as hundreds of injured soldiers hiding at the plant.

Russia previously sought to create humanitarian corridors for those holed up at the facility, but those attempts failed. Kiev and Moscow have accused each other of disrupting the evacuation of civilians said to be trapped together with the Ukrainian fighters.

Russia sent its troops into Ukraine in late February, following Kiev’s failure to implement the terms of the Minsk agreements, first signed in 2014, and Moscow’s eventual recognition of the Donbass republics of Donetsk and Lugansk. The German and French brokered Minsk Protocol was designed to give the breakaway regions special status within the Ukrainian state.