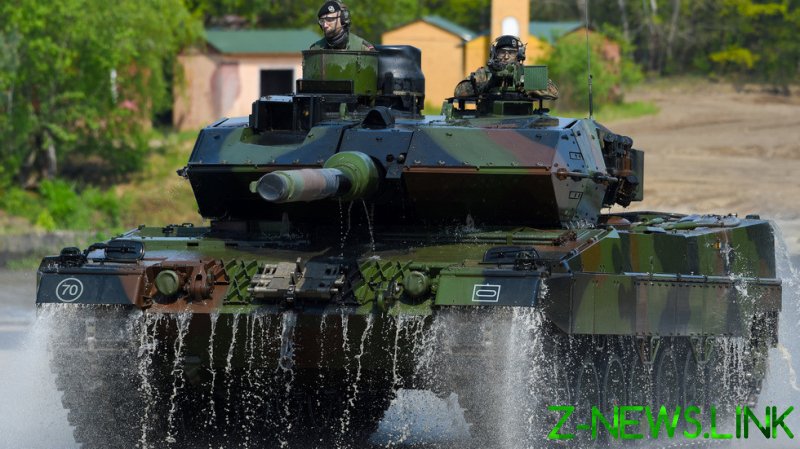 Germany has been reluctant to supply Ukraine with Leopard 2 main battle tanks, Ukrainian Foreign Minister Dmitry Kuleba said on Sunday. He added that Kiev does not understand Berlin’s hesitancy about the deliveries, given the military support already heading Ukraine’s way.

Speaking to the Tagesschau news program, Kuleba claimed that Germany had pledged to send Ukraine more arms shipments, which, however, would still not include the tanks that Kiev had repeatedly requested.

“Such a decision has not yet been made, no promises have been given. But we are working on it,” he said.

Kuleba rebuked Berlin for its stance on the matter, saying the Ukrainian government could not comprehend why Germany was sending artillery, but not heavy armor. “To be honest, we don’t understand this line of argument,” the minister said, adding that the lack of weapons meant the conflict would go on longer, suiting the interests of neither Ukraine nor its Western backers.

The official went on to say that Ukraine needs generators and transformers to survive the winter amid recurring Russian strikes on the nation’s energy infrastructure.

Kuleba pointed out that the scenario of a complete blackout in Ukraine is realistic, adding that he does not expect a mass exodus of Ukrainians from the country. The minister said he believes people will flee to rural regions “where you have the opportunity to heat with wood.”

Ukrainian officials have on numerous occasions criticized Germany for not sending more military equipment. On Sunday, Aleksey Makeev, Kiev’s envoy to Germany, blasted the nation’s authorities for refusing to send US-made Patriot air defense systems to Ukraine. He also urged Germany to expedite other arms deliveries, claiming his country does “not have time to wait for weapons any longer.”

Following the start of Moscow’s military operation in Ukraine in late February, Germany, along with other Western countries, provided Kiev with a large amount of weaponry, including air defense systems and self-propelled howitzers.

Moscow has repeatedly warned the West that furnishing Ukraine with weapons would only prolong the conflict.