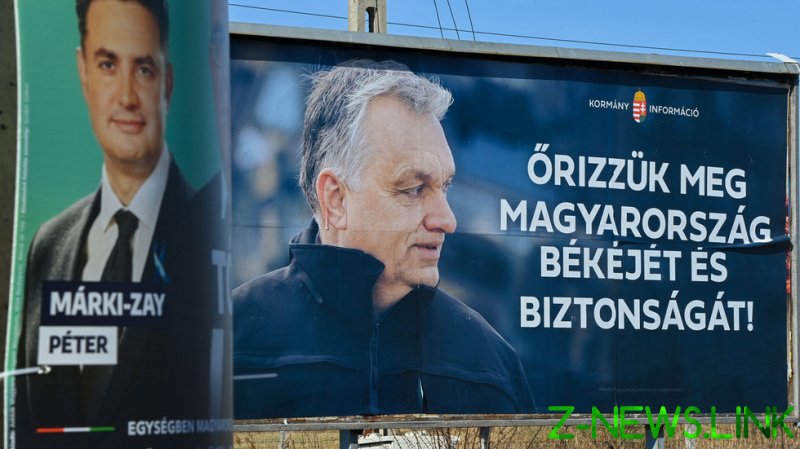 Ukraine has been trying to interfere in the upcoming parliamentary elections in Hungary, the country’s Foreign Minister Peter Szijjarto claimed, on Tuesday,

“A few days ago, the head of the Ukrainian Foreign Ministry [Dmytro Kuleba] called the Ukrainian Embassy in Budapest to discuss the possibility of it influencing the results of the Hungarian elections,” Szijjarto asserted in a video address published on Facebook.

Hungarians are set to head to the polls on Thursday to decide on the new formation of the National Assembly. The race has been tight so far, with the latest polls suggesting that Orban’s ruling Fidesz party is only leading the six-party alliance of opposition parties, United for Hungary, by 41% to 39%.

“Constant negotiations are underway” between the Kiev authorities and the opponents of the Hungarian government, the FM insisted. Among other things, the opposition has already promised Ukraine to “immediately make a decision to supply weapons” to Ukraine, he added. 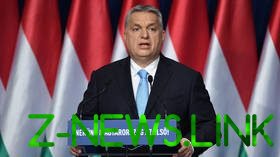 Szijjarto reiterated that, as long as the current Hungarian government remains in power, there would be no deliveries of “lethal aid” to the neighboring country.

Unlike some other EU states, Hungary has refused to either send weapons to Kiev during its conflict with Russia or let other states move such shipments through its territory. Budapest also refused to support the new round of sanctions against Moscow, especially in the energy sector, arguing that they would do more harm to Hungary than to Russia.

Ukrainian Foreign Ministry spokesman Oleg Nikolenko has denied Szijjarto’s accusations of election meddling, calling on Budapest to stop trying to “involve Ukraine in domestic political struggle” and to cease attempts to exploit “the sorrow of the Ukrainians.” 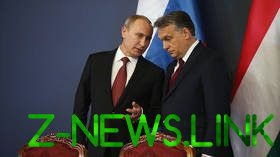 Instead of trying to gain Russia’s approval, Hungary should focus on promoting unity within the EU and NATO, as its security depends on it too, he added.

Moscow sent its troops to Ukraine in late February, following Kiev’s failure to implement the terms of the Minsk agreements signed in 2014, and Russia’s eventual recognition of the Donbass republics in Donetsk and Lugansk. The German- and French-brokered protocols had been designed to regularize the status of those regions within the Ukrainian state.

Russia has now demanded that Ukraine officially declare itself a neutral country that will never join the US-led NATO military bloc. Kiev insists the Russian offensive was completely unprovoked and has denied claims it was planning to retake the Donbass by force.