UK seeks to arm Ukraine with weapons US won’t send 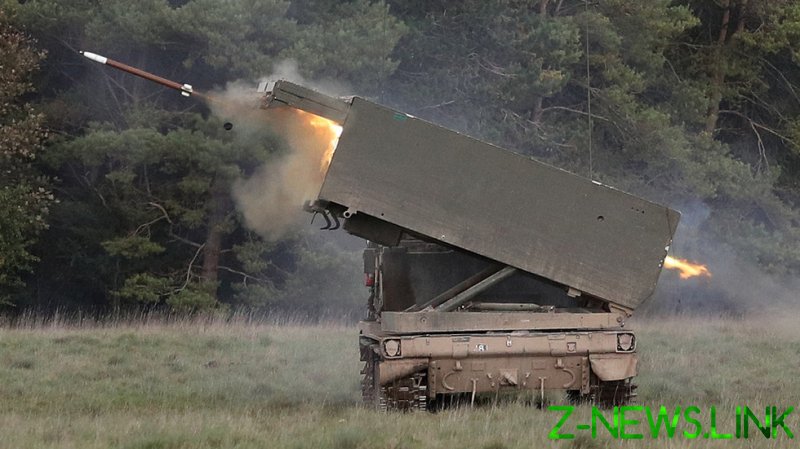 Britain wants to send to Ukraine the M270 MLRS systems, the heavier cousins of the M142 HIMARS included by Washington in the latest batch of arms aid to Kiev. Both rocket artillery systems are US-made, so the UK will need American permission for the proposed weapons transfer.

London’s intention was confirmed by British Defense Secretary Ben Wallace on Wednesday. He said the launchers will be able to strike targets up to 80 km away and offer “a significant boost in capability for the Ukrainian forces,” according to a statement released by the British Foreign Office.

Both systems fire the same types of rockets and are made by Lockheed Martin. The HIMARS is wheeled and carries fewer projectiles than the tracked MLRS. The US reportedly considered supplying both variants but opted for only the light one.

According to Politico, the British government is negotiating with the Biden administration for permission to supply the heavier launchers from its arsenal. British Prime Minister Boris Johnson talked to US President Joe Biden about the issue on Wednesday morning, a source told the news outlet. The two nations’ chief diplomats, Foreign Secretary Liz Truss of the UK and US Secretary of State Antony Blinken, are to discuss it further on Thursday morning. The US is expected to give the green light to the proposal. 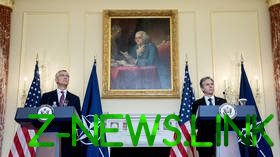 Another source said the Biden administration wanted other operators of the MLRS to send them to Ukraine after getting encouragement by the American decision on the HIMARS. Fifteen nations field various versions of the US-made heavy launcher.

As Washington announced its decision to provide more sophisticated weapons to Ukraine this week, it said the move did not make it a party to the conflict. Kiev gave assurances that the weapons would not be used to hit targets on Russian territory, Secretary Blinken said.

Moscow pointed to a record of broken promises made by Ukraine’s President Volodymyr Zelensky since the start of his political career, arguing that his word doesn’t carry much weight. Russia said it will use military means to mitigate threats posed by American weapons in Ukrainian possession. It said Washington was obviously escalating the crisis and increasingly risking direct confrontation with Russia, a scenario which US officials claimed they wanted to avoid.