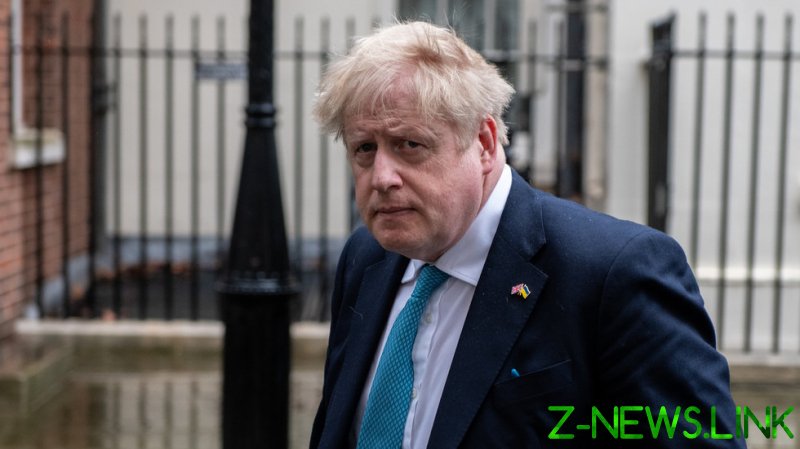 It will take more than a ceasefire in Ukraine for London to lift its sanctions against Russia, British Prime Minister Boris Johnson told his cabinet on Tuesday, insisting that Moscow must fully alter its policy towards its neighbor.

Pressure on Russian President Vladimir Putin “must be increased both through further economic measures and providing military aid to ensure Russia changes course completely,” Johnson told his ministers, according to his spokesman.

Foreign Minister Liz Truss had told the Sunday Telegraph earlier this week that sanctions “should only come off with a full ceasefire and withdrawal, but also commitments that there will be no further aggression.”

Johnson’s comments came as Russian and Ukrainian negotiators met in Turkey to discuss the “practical phase” of talks, according to Russian Deputy Minister of Defense Alexander Fomin. He told reporters that the parties are preparing an agreement on the “neutrality and non-nuclear status of Ukraine” and providing Kiev security guarantees in return.

As a sign of good faith, Russia intends to “drastically” de-escalate military activity near Kiev and Chernihiv in northern Ukraine, Fomin also announced. However, there was no talk of a ceasefire of any kind.

Though the US insists that “the world” has sanctioned Russia, the embargo has been limited to Washington’s NATO allies, plus Australia, Japan, and South Korea.

Moscow sent its troops into Ukraine in late February, following a seven-year standoff over Kiev’s failure to implement the terms of the Minsk agreements, and Russia’s eventual recognition of the republics of Donetsk and Lugansk. The German- and French-brokered protocols had been designed to regularize the status of those regions within the Ukrainian state.

Russia has now demanded that Ukraine officially declare itself a neutral country that will never join the US-led NATO military bloc. Kiev insists the Russian offensive was completely unprovoked and has denied claims it had been planning to retake the Donbass by force.