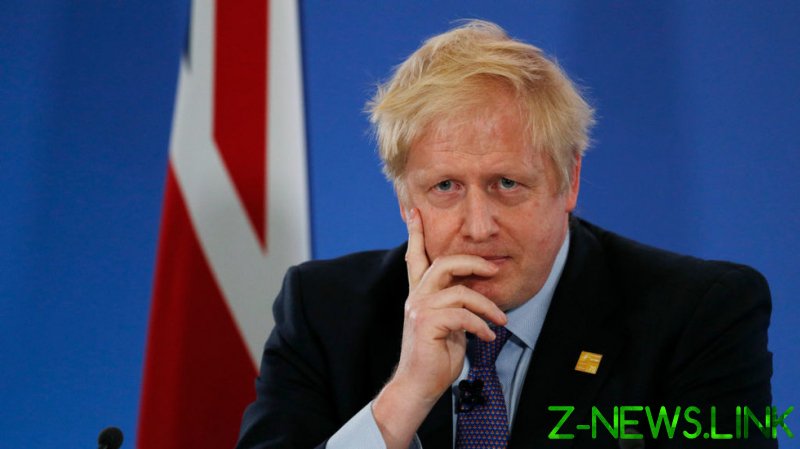 The new military package will be officially presented on Thursday, during a visit by Johnson to the alliance’s headquarters in Brussels, 10 Downing Street has announced on the eve of the trip. The proposed military build-up near Russia’s borders would be conducted in the name of “protecting” NATO allies.

“When NATO was founded, allies made an historic undertaking to safeguard the freedom of every member state. The UK remains unwavering in our commitment to European security,” read the statement, attributed to Johnson.

The prime minister’s office specified that the offer would include “doubling the number of UK troops in Estonia in support of NATO’s enhanced Forward Presence, deploying more RAF jets to create a squadron in Southern Europe, and sailing both HMS Trent and a Type 45 Destroyer to the Eastern Mediterranean,” ostensibly in order to “help protect the seas and skies in NATO’s southeast corner.”

British troops that have already been deployed to Poland and the soldiers that would arrive in Estonia “over the coming weeks” would “help Poland and other Eastern European countries cope with the impact of any Russian aggression,” the prime minister’s office said.

Downing Street also announced that 1,000 more British troops would be put on standby in the UK to support the alliance and its allies “in the event of a humanitarian crisis.”

Johnson, who is now facing multiple calls to resign at home amid a ‘Partygate’ scandal, will use his upcoming visits to Brussels and to Warsaw to call on NATO members to “demonstrate their solidarity with NATO allies who bear the brunt of Russian aggression,” according to his office.

The prime minister’s trip to continental Europe coincides with the visit of his foreign and defense ministers to Moscow. Liz Truss and Ben Wallace will call on Russia to cease what the statement called an “aggressive campaign of hybrid warfare” and engage in “meaningful talks.”

Over the last few months, the US and UK have been accusing Russia of its alleged plan to invade Ukraine – something that Moscow vehemently denied, dismissing such reports as “fake news.” Ukraine also repeatedly urged Western media and politicians warning of an “imminent” invasion to stop fueling panic.

Russia has repeatedly expressed its concerns over the continuing expansion of NATO towards Russia’s borders, and in particular the notion of Ukraine potentially joining the military bloc. Moscow called Kiev’s aspirations to join NATO a “red line,” and tried to restart a dialog with the US and NATO with proposals for security guarantees in December. After a series of talks, the US and NATO rejected Moscow’s demands, which included a ban on the alliance’s enlargement eastward and the deployment of offensive weapons along Russian borders.