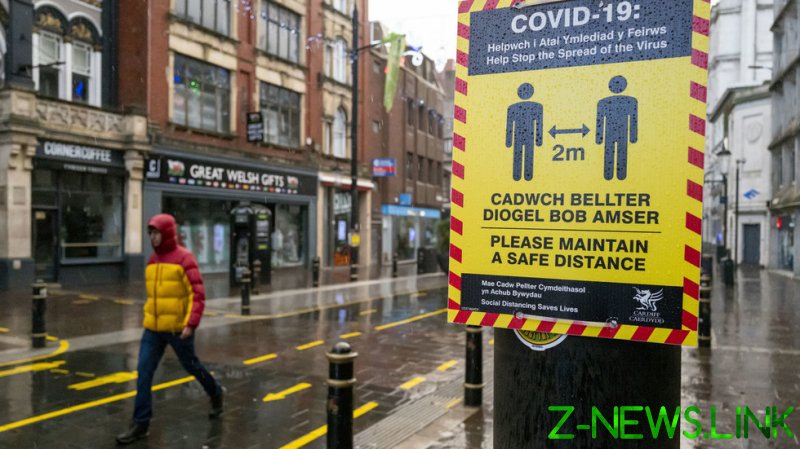 It is also the third consecutive day the country has witnessed more than 3,000 new cases, although the death rate has remained relatively stable, with a further 10 fatalities within 28 days of a positive Covid test logged in the past 24 hours.

Amid the uptick in cases, England’s so-called ‘R’ (reproduction) number has increased from 0.9–1.1 to 1.0–1.1, suggesting the rate the virus spreads among the population is increasing slightly.

Earlier on Friday, Scottish First Minister Nicola Sturgeon said the R number there had also increased to 1.3, due to a surge in infections in Glasgow.

England’s R number was provided by the government’s Scientific Advisory Group for Emergencies, although this gives a picture of the situation two to three weeks ago, owing to the delay in people contracting the virus.

The spike in England’s cases comes after the government eased restrictions earlier this month, including allowing people to mix indoors in pubs and restaurants.

Amid the relaxing of health measures, the government is relying on the UK’s vaccine rollout to keep case rates down.

In the UK, 73.8% of adults have been given one dose of a vaccine, while 46.5% have had two doses, according to updated figures shared on Twitter by Health Secretary Matt Hancock.