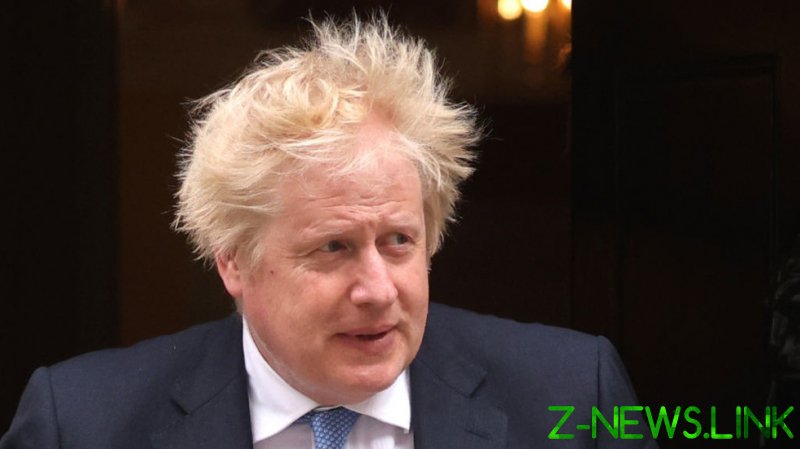 UK Prime Minister Boris Johnson is facing political pushback after using the occasion of his apology to Parliament for violating Covid-19 lockdown rules to campaign for increased military aid to Ukraine.

Speaking at the House of Commons on Tuesday, Johnson briefly apologized for holding a June 2020 birthday party when the rest of Britons were locked down – a violation that he blamed on his ignorance of the pandemic rules – then quickly transitioned by linking his regret over the incident to the Ukraine crisis. He called for boosting aid to help Kiev repel the offensive ordered by Russian President Vladimir Putin in February.

“It is precisely because I know that so many people are angry and disappointed that I feel an even greater sense of obligation to deliver on the priorities of the British people and to respond in the best traditions of our country to Putin’s barbaric onslaught against Ukraine,” the PM said.

Johnson noted that he was the first G7 leader to visit Kiev since the conflict began, recounting a four-hour visit with Ukrainian President Volodymyr Zelensky on April 9, and said he briefed US President Joe Biden on the trip last week. He called for a long-term military buildup of the former Soviet republic in the call with his American counterpart. 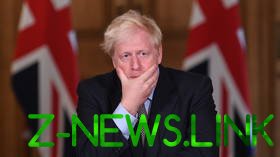 “I proposed that our long-term goal must be to strengthen and fortify Ukraine to the point where Russia would never dare to invade again,” Johnson said he told Biden.

“I strongly support the government’s actions in standing up to Putin’s aggression and helping Ukraine to defend itself and our values,” Harper told his fellow MPs. “It’s exactly at times like this that our country needs a prime minister who exemplifies those values. I regret to say that we have a prime minister who broke the laws that he told the country they have to follow, hasn’t been straightforward about it, and is now going to ask the decent men and women on these benches to defend what I think is indefensible.”

I’m very sorry to have to say this, but I no longer think he is worthy of the great office that he holds.

Johnson brushed off the rebuke, saying the government must now “get on with the priorities of the British people.” He argued that the urgency to accelerate weapons shipments to Ukraine is great because Russian forces have regrouped for a new offensive in Ukraine’s Donbass region. The PM took credit for helping Ukraine successfully defend its capital against Russian attackers. 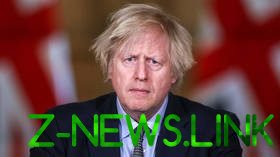 “Our Ukrainian friends are fighting for the life of their nation, and they achieved the greatest feat of arms of the 21st century by repelling the Russian assault on Kiev,” Johnson said. “Putin arrogantly assumed that he would capture Kiev in a matter of days, and now the blackened carcasses of his tanks and heavy armor litter the approaches to the capital on both banks of the Dnieper and are smoldering monuments to his failure.”

Britain will give more artillery weapons to Ukraine for the new phase of the conflict, Johnson said. “This will become an artillery conflict. They need support with more artillery. That is what we will be giving them . . . in addition to many other forms of support.”