Home / WORLD / UK partygoers to be fined up to £6,400 as government clamps down on Covid rule-breakers

UK partygoers to be fined up to £6,400 as government clamps down on Covid rule-breakers 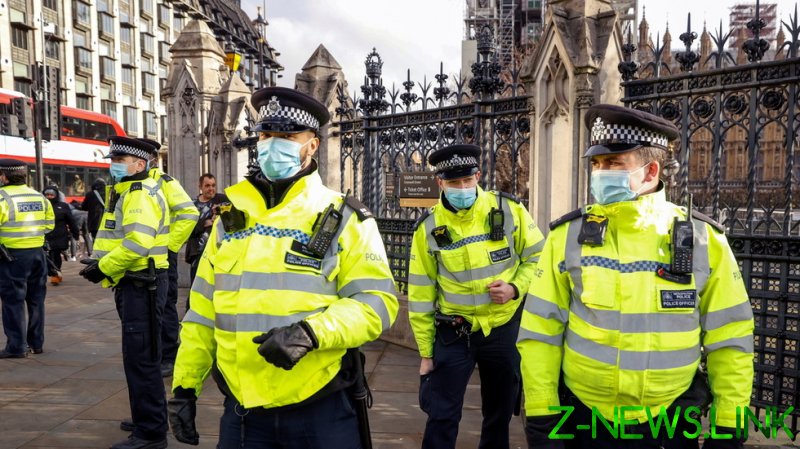 The fines will double for repeat offences, up to a maximum of £6,400, and the organisers of events will continue to be fined £10,000, as per the current restrictions, in what Patel called a “crackdown on those most serious cases of rule-breaking”.

The home secretary was joined by the Chair of the National Police Chiefs’ Council, Martin Hewitt, who said that, from late August to January 17, some 250 fixed penalty notices had been issued in England for people organising large gatherings.

“I make no apology for those fines, which are being given in the most serious cases where those organising the gatherings are selfishly putting lives at risk,” Hewitt said.

He also outlined some recent incidents as examples of serious breaches, including house parties, which he said were “dangerous, irresponsible and totally unacceptable.”

Hewitt said three officers were recently injured, with one requiring hospital treatment, as they responded to a house party of more than 40 people on Brick Lane in London, where drugs were found. Fines were issued and arrests made.

Another officer was injured while responding to a recent party in Hertfordshire attended by 150 people, which was busted when neighbours contacted police after seeing an unusual number of cars in the street.

Another officer in Bournemouth who was policing an anti-lockdown protest contracted Covid-19 and was admitted to hospital, while other officers have been spat on in recent weeks, including one who also contracted the virus.

From April to September, some 1,688 offences have been charged relating to assaults on emergency workers, according to new figures released by the Crown Prosecution Service on Thursday.

Dr Vin Diwakar, the NHS England Medical Director for London, who also spoke alongside Patel at Thursday’s briefing, said it is “far too early” to think about lifting the lockdown, although he added that the current measures do appear to be “having an impact.”

He also said that doctors had asked him to deliver a message to the country to “follow the rules, stay at home, help us to save lives.”

On Thursday, the UK posted a further 37,892 new Covid-19 infections and 1,290 deaths within 28 days of positive test, meaning almost 95,000 people in the country have died from the virus.