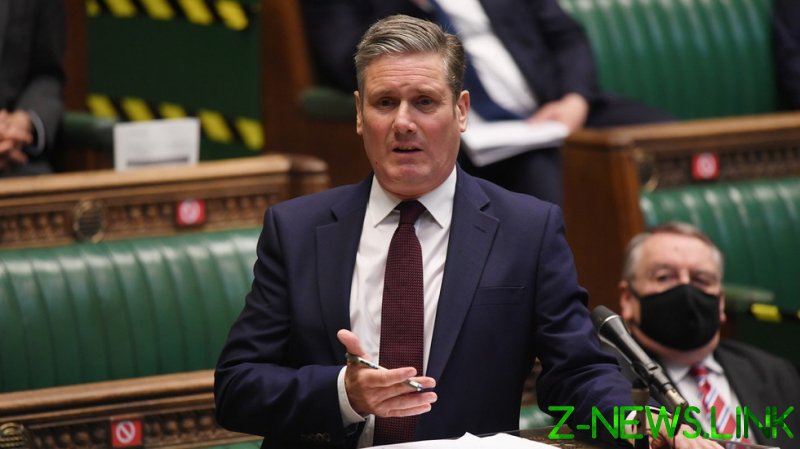 The Labour Party now has just 430,000 members – a huge drop from the 550,000 who were in the party under former leader Jeremy Corbyn – after numbers started to drop when Starmer was elected leader in April 2020, the Times has learned.

According to the article, Labour has lost up to £500,000 per month from the exodus.

Because of the drop in members, as well as other costs such as the Covid-19 pandemic and the millions of pounds that Labour has spent in legal costs during its campaign against anti-Semitism, Labour Party General Secretary David Evans reportedly announced to party staffers this week that there was only one month’s worth of employee pay left in Labour’s reserves and that jobs would have to be cut.

It is estimated that the amount left in Labour’s reserves is just £1.5 million, leaving the party desperate for donors.

Despite Labour’s loss of members and its subsequent financial crisis, the Times noted that the party has been “attracting wealthy backers” under Starmer, including Sir Trevor Chinn, the president of the Movement for Reform Judaism and a financial supporter of the Labour Friends of Israel.

Starmer’s leadership of the Labour Party has been defined by its more centrist turn following the socialist leadership of Corbyn and an attempt to crackdown on perceived cases of anti-Semitism in the party.

In October 2020 – just months after he stood down as leader of the party following its 2019 election defeat – Corbyn was suspended from Labour. Though Corbyn was reinstated to the party the following month after protests by members, left-wing politicians, and former US presidential candidate Dr. Jill Stein, Starmer did not return the Labour whip to him.