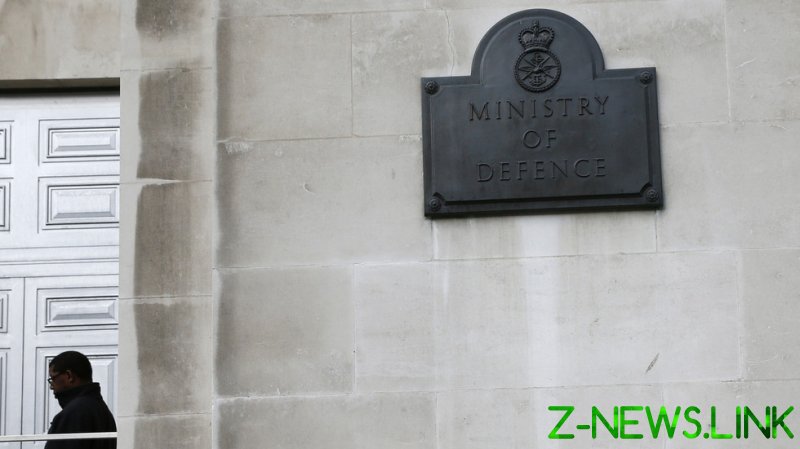 Almost 50 pages of documents were discovered in a “soggy heap” by a member of the public at a bus stop in Kent on Tuesday morning. The finder handed them over to the BBC, the public broadcaster said.

The dossier revealed British military officials’ considerations of Moscow’s potential reaction to London sending the warship HMS Defender through disputed waters off the coast of Crimea on Wednesday.

The papers also reportedly outlined US-UK deliberations over the future of British troops stationed in Afghanistan once NATO operations in that country come to an end.

On Monday, Minister for Defence Procurement Jeremy Quin apologised for the security breach and confirmed that the MoD police force was investigating the matter.

“It appears it is a mistake by an individual … I am very sorry this incident has happened. The investigation will be thorough,” Quin told MPs in the House of Commons.

Quin confirmed that UK defence officials had been in touch with their US counterparts over the incident and would keep them updated.

Most of the misplaced documents were classified as “official sensitive”, but Quin said one of the papers was marked “Secret: UK Eyes Only” – one of the highest security classifications used in the UK.

The BBC said it had decided not to report some of the details of this part of the dossier so as not to “endanger the security of British and other personnel in Afghanistan”.

In reference to HMS Defender’s mission near Crimea – called “Op Ditroite” – the MoD reportedly described it as an “innocent passage through Ukrainian territorial waters”.

On Wednesday, Russian forces demanded the British ship leave waters off Cape Fiolent, near the Crimean city of Sevastopol, before the Russian coast guard fired warning shots at the vessel.

London later denied shots had been fired, before video emerged to back up Moscow’s description of events.

The UK claims Crimea belongs to Ukraine, despite the majority-Russian region returning to Moscow’s administration after a 2014 referendum.