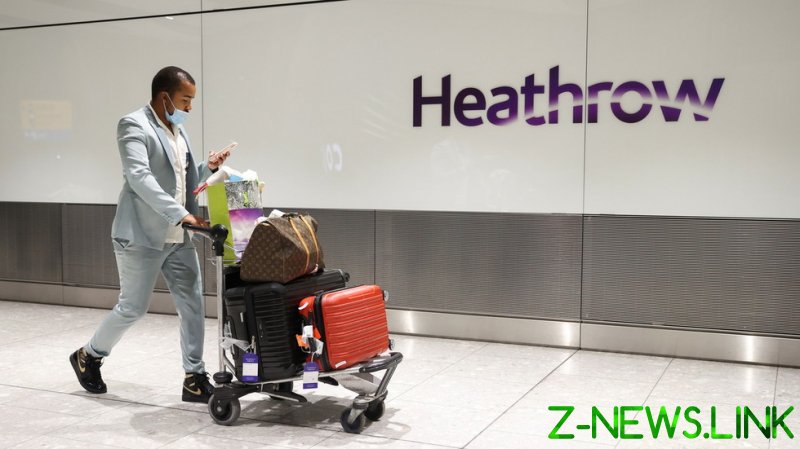 Speaking with Sky News’ Sophy Ridge on Sunday, Wallace was reluctant to promise that foreign travel limitations would soon be lifted, even as the government charts a course to navigate out of lockdown.

“We can’t be deaf and blind to what is going on outside the United Kingdom,” the defence secretary said.

He acknowledged that no one enjoys “lots of draconian measures” and left open the possibility that restrictions could be eased sooner than expected if “facts change on the ground”.

Wallace also hailed the country’s vaccine drive, and suggested that doing away with all Covid-19 measures could “throw away” the hard work that has gone into the nationwide rollout.

His comments come as some countries have reported a new wave of the virus. More than a dozen areas of France, including the capital, Paris, were placed in lockdown for four weeks on Friday amid a spike in infections. The move coincided with Germany’s warning that it may have to reimpose tighter restrictions due to a vaccine supply shortage within the EU.

Britons have been anxiously eyeing the summer holidays, with government officials in recent weeks sending mixed signals about whether foreign travel could resume. One senior health official recently suggested that certain restrictions may need to stay in place until the entire adult population is vaccinated.

However, Health Secretary Matt Hancock said on Saturday that the UK is “on track” to meet its lockdown roadmap dates, and that the government will decide in the coming weeks whether it will permit people to travel abroad.

Wallace’s remarks come as MPs prepare to vote on whether to extend the government’s Covid-19 emergency powers until October. A group of Tory lawmakers has signaled that they will vote against the extension, arguing that there was no justification to further drag out restrictions.