Home / sports / UEFA postponed the hearing in the case Moraes

UEFA postponed the hearing in the case Moraes 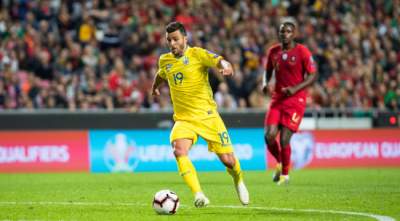 The European football Union (UEFA) is in no hurry to make a decision in the case of naturalized striker of the national team of Ukraine Junior Moraes.

Initially, the control, ethics and disciplinary Committee of UEFA were planning to consider the case of Moraes April 25, but now Betnews365 reports that the meeting date is rescheduled for may 2. This is due to the necessity of the presence of representatives of all federations interested in this issue.

Moraes in late March, shortly after receiving the citizenship of Ukraine in the qualifiers for Euro 2020 against Portugal (0:0) and Luxembourg (2:1) debuted for the national team of Ukraine.

Later, football Federation of Portugal and Luxembourg, has appealed to UEFA, accusing Ukraine of violation of the FIFA statutes, according to which the player prior to naturalization must continuously reside in the country for 5 years, and Moraes in 2017, the year went out to rent in a Chinese club.

If UEFA will reveal irregularities in the naturalization process Junior Moraes, the team of Ukraine, most likely, for the matches against Portugal and Luxembourg will receive a technical defeat.