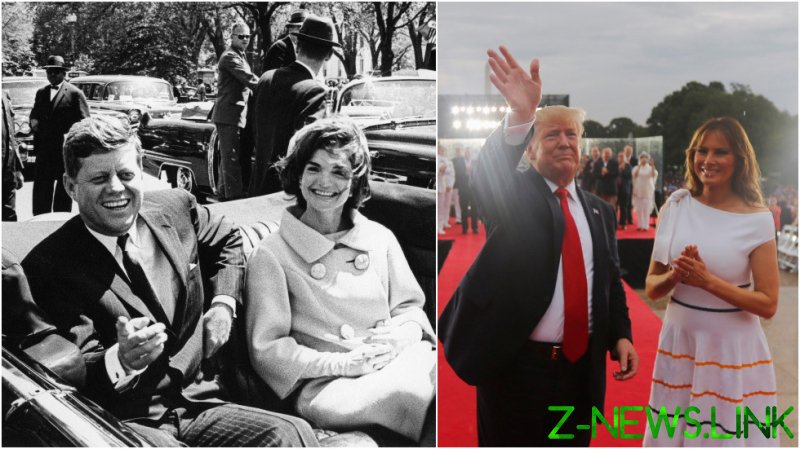 “I find her to be the Jackie Kennedy of her time – the beauty, the elegance, the soft-spokenness. I think she’ll deliver a powerful message to the American people,” Navarro told MSNBC’s Andrea Mitchell on Tuesday, referring to the first lady, who is set to speak at the RNC later in the evening.

The comparison sent heads exploding on Twitter, where critics of the president vehemently objected to any likeness between the two first ladies.

“[Navarro] should be arrested for making such a horrific and untrue comparison,”wrote one outraged commenter.

Navarro’s remarks also coincided with a project spearheaded by the first lady to renovate the White House’s rose garden, whose 1962 design was overseen by the Kennedys during JFK’s administration, cut short by his assassination a year later. Though Melania maintained that the initiative would return the garden “to its original ‘62 footprint,” critics were horrified by the end result, saying the renovation would have Kennedy “rolling in her grave.”

The first lady will deliver the keynote address to the RNC on Tuesday night. Her speech is expected to focus on her experiences in the White House, second term goals for the Trump administration and her ‘Be Best’ children’s initiative. Her chief of staff Stephanie Grisham told MSNBC on Tuesday morning that “every word in this speech” would come from the first lady, following allegations that portions of her 2016 RNC address were plagiarized from Michelle Obama.